Gionee is working on another smartphone with a massive battery

With the Marathon M3 out in the market, Gionee could be gearing up to launch another smartphone in the series carrying a large battery. A device has been spotted under model number V183 and it looks to be an entry-level one with specs even lower than those of the M2.

The handset has passed through TENNA which is China’s equivalent to the FCC and the regulatory discloses all of its information online including specs and images of the certified device. Thanks to this, we’ve got a pretty good look at the Gionee V183. The smartphone isn’t anything impressive and that’s clearly visible in the images below. 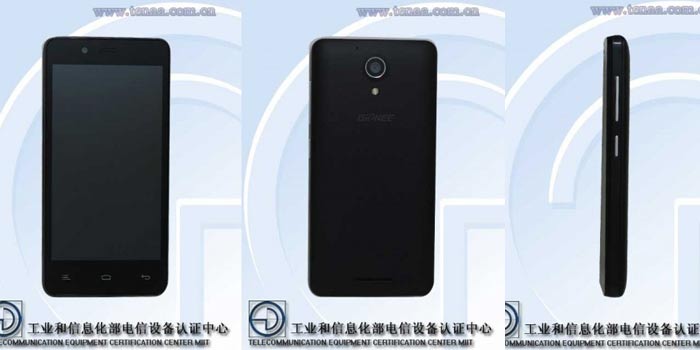 And the specs are nothing to write home about either, except for the large battery it has onboard. The power pack is rated at 4000mAh which isn’t the highest we’ve seen from the company, but a nice addition. Thanks to this, the phone will be rather bulky at 11.6mm and it weighs more than what you’d expect from a 4.5-inch handset, at 170 grams.

Also read: Oppo U3 is the latest victim of GFXBench, has pretty impressive specs

The display used here is a TFT LCD panel with 854 x 480 pixel resolution and there are dual cameras as well, a VGA snapper on the front and a 5MP imager on the rear. Other features include a 1.3GHz quad core processor, 1GB RAM and 8GB storage.

Clearly, the Gionee V183 wants to be a phone designed for the budget-minded with a basic Android and great battery life. You can expect the handset to go official in the coming days.