Along with the Elife E7 smartphone, Gionee also announced the upcoming availability of a compact version of the flagship. The handset will arrive with an octa core processor and various mid-range specifications for a price of Rs 18,999.

The compact flagship category has picked up pace over the year. We’ve got mini handsets from Samsung and many Chinese OEMs, while Sony and LG are expect to launch their own models as well. While most releases here tend to carry a similar, if not, identical designs like their larger counterparts, the Gionee Elife E7 mini is an expecting to this trend. 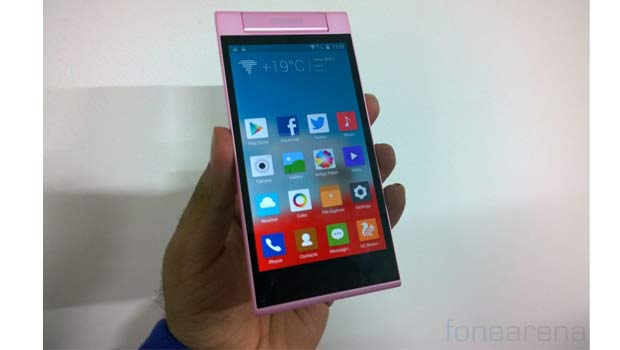 Apart from the branding, nothing else of the handset matches the appearance of the flagship Elife E7. The design is in fact quite unique where there’s only one camera onboard. After taking a few cues from the Oppo N1, Gionee has designed the 13MP snapper to be rotatable where you can conveniently flip it from the rear to the front.

Here’s a quick look at the Elife E7 mini specs:

While Gionee has disclosed an official price of Rs 18,999, no release date has been provided as yet. However, FoneArena notes that the device will go on sale sometime mid-January. Those interested in picking up the flagship handset can do so as the device is available in India for Rs 26,999 and above.