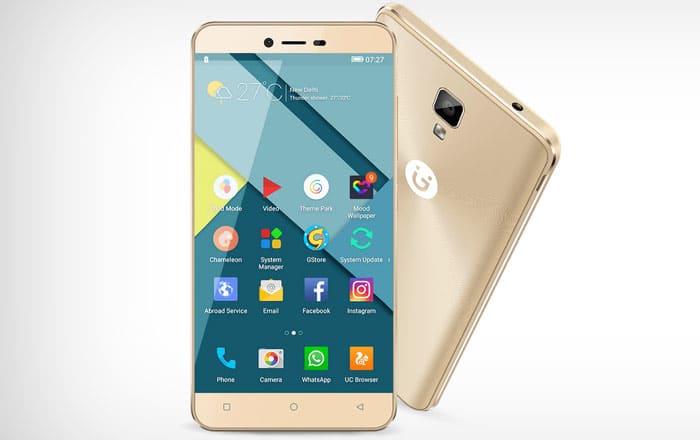 Gionee’s launched the P7 in India, a smaller version of the P7 Max which came out in October this year. The handset looks similar to its predecessor while sporting more entry-level specs to reflect its affordable Rs 9999 price tag.

Diving straight into its specs, the Gionee P7 sports a 5-inch 720p IPS screen with soda lime protection. A 1.3GHz quad-core processor of unknown origin powers its daily activities, while a 2300mAh battery keeps the lights on. The powerhouse is supposed to last for up to 259 hours of standby time and 23 hours of talk time.

The Gionee offering‘s back has been furnished with a layer of glass, a textured design, and an 8MP camera with LED flash. A 5MP front-facing snapper with screen flash takes care of selfies and video calls. In terms of memory, the handset packs 16GB of internal room and 2GB of RAM. Its storage capacity can be expanded up to 128GB via a microSD card slot.

Here’s a neat look at the main specifications of the Gionee P7:

The Gionee P7 is currently up for sale via online and offline stores in gold, grey and white colors. You can snap it up at Rs 9999 via the company’s site.