We’ve already seen multiple OEMs in India launch phones with ridiculously large batteries, but none as huge as the one on Gionee’s Marathon M3. The smartphone comes with a whopping 5000mAh cell which packs more juice than your conventional 7-inch tablet.

The Gionee Marathon M3 hasn’t received a grand unveiling from the OEM, but a small mention on its official Facebook page and a listing on the India-centric website. The phone is a pretty good upgrade from its predecessor and it falls in the mid-range carrying decent specs. 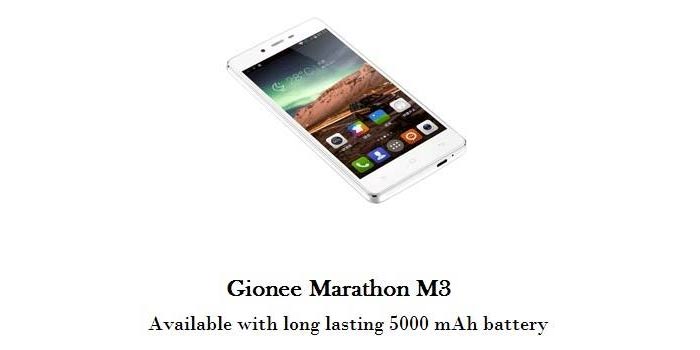 The 5000mAh battery is capable of delivering up to 32.8 days of standby or a whopping 32.46 hours of 3G talk time on a single charge. On 2G networks, that number increases to 51 hours in total. The huge cell does have its downsides though.

The phone is pretty bulky at 10.4mm thick and it weighs 180.29 grams which is a bit heavy for a 5-inch handset. However, it doesn’t disappoint where hardware is concerned. The display offers 720p HD visuals and processing power comes from a 1.3GHz quad core Cortex A7 chipset.

You’ll find a roundup of the key Gionee Marathon M3 specs below:

Seeing as the Gionee Marathon M3 is quite a major launch for the company, it’s most likely to receive an official unveiling soon. It’s currently available through eBay at Rs 13499, but the seller only has a handful on units in stock.