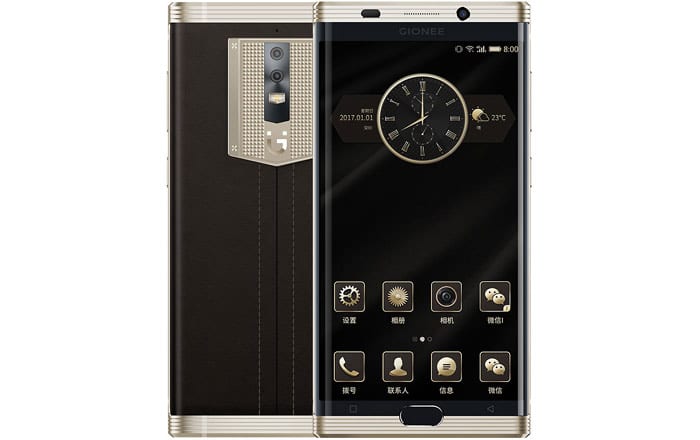 Gionee’s taking smartphone battery capacity to the next level by launching the M2017, a handset which features a gargantuan 7000mAh powerhouse. The unit is composed of two 3500mAh components rather than a single slab.

The approach is similar to what Gionee did with the 6020mAh Marathon M5. The M2017 apparently lasts for 915.42 hours of standby time and 31.74 hours of talk time. It also comes enhanced with 24W Quick Charge 3.0 to help rapidly charge the pair of batteries inside.

All-in-all, Gionee’s clearly attempting to go for a premium approach with the new device, blessing the top model with an Italian-made alligator leather back. The phone further features a 5.7-inch dual-curved AMOLED screen which outputs a 2K resolution and a pixel density of 518ppi. There’s also 6GB of RAM and 128GB or 256GB of ROM stuffed within its interiors.

As for its photography skills, the M2017 features a dual-camera setup made up of a 13MP and 12MP lens. The brand’s also caught on to the other 2016 trend of removing the 3.5mm headphone jack. The handset doesn’t offer up a microSD card slot either.

Specifications of the Gionee M2017 at a glimpse: