There’s a new affordable smartphone for Indian smartphone buyers to look at in the form of the Gionee M2 which was launched by the company earlier today. Equipped with a 5-inch screen and a quad core chipset, this smartphone has its price placed at Rs 10,999.

It was launched alongside the GPad G4, which is a phablet priced at Rs 18,999. Coming back to the Gionee M2, this budget device boasts of a 5-inch display which is able to dole its visuals out with a resolution of 854 x 480 pixels. Set to be made available in black and white color options, it features dual SIM card slots as well. 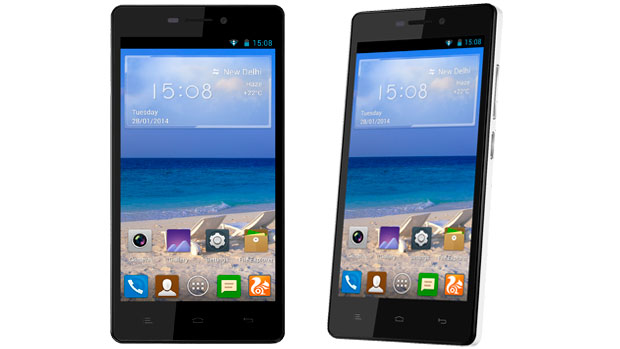 The phone’s operations are powered by a quad core 1.3GHz Cortex A7 CPU which is provided assistance by 1GB worth of RAM. The tried and tested Android 4.2 Jelly Bean operating system makes its way into the Gionee M2, along with a suit of apps like Gionee Xender, Face Unlock, OTS, Game Zone, Wireless Input Device, OTG Support and Compass.

An 8MP main camera with LED flash has been placed on its rear surface, while a 2MP webcam occupies space on its front. This smartphone’s internal storage has been locked at 4GB, but there is scope for further expansions thanks to its incorporation of a microSD card slot. 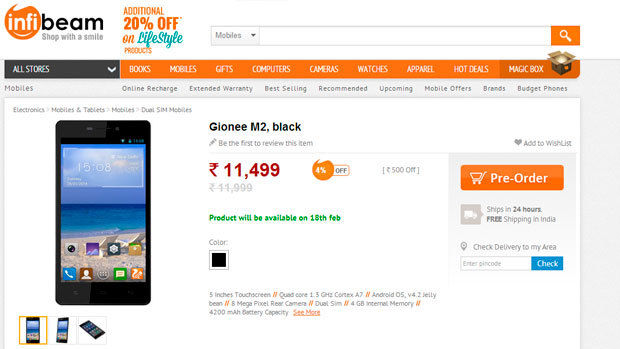 Although its maker has revealed the Gionee M2 to be priced at Rs 10,999, retailers seem to have listed it at Rs 11,499. Infibeam and Snapdeal are currently selling the device at the latter price.