Boasting of an aluminum design and a body that’s just 7.95mm thin, the Gionee Gpad G4 has stepped into India trotting a price tag of Rs 18,999. This device grabs a 5.7-inch touchscreen display, pushing it into the phablet category, and it features quad core processing power as well.

Sized at 163.5mm x 81.3mm x 7.95mm, this handset runs the Android 4.2 Jelly Bean OS. Its visuals are handled by an HD panel which rests below its 5.7-inch touchscreen. Underneath its hood lies a quad core 1.5GHz Cortex A7 chipset which is provided assistance in its operations by 1GB worth of RAM. 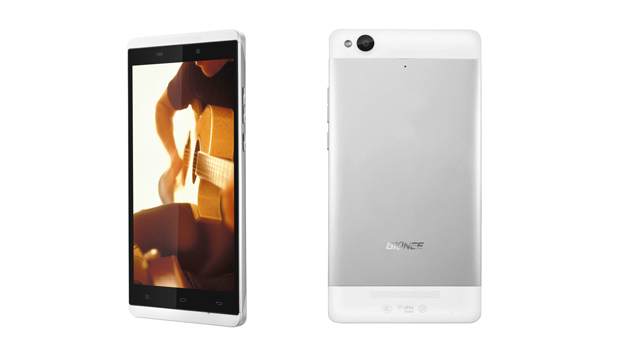 The internal storage memory on the Gionee Gpad G4 has been locked at 16GB, and there’s no scope for further expansions. A 13MP camera with LED flash and support for full HD video recording has been placed on its rear surface, whereas a 5MP secondary snapper occupies space on its front.

This dual SIM device features support for 3G, Wi-Fi, Bluetooth and other essentials as well. Thanks to its 3200mAh battery, the Gionee Gpad G4 is able to dole out 375 hours of standby time and 26 hours of talktime.

Like we said, the Gionee Gpad G4 has been made available in India now, and it can be snapped up at Rs 18,999.