We saw the Gionee Elife S5.5 being unveiled back February with a build that’s just 5.5mm thick, and we now have word that this smartphone will be landing in India soon. The Chinese brand has announced that the current holder of the world’s thinnest smartphone record will be launched in India late this month.

The octa core Gionee Elife S5.5 was made available in China in February in the form of a 3G version, while an LTE variant is still to arrive there. Its cost in Yuan translates to around $370 which converts to about Rs 22,500. Although the price in India of the device still isn’t available, we’re hoping to grab more details on it at its launch event which is to take place in Goa on March 30 and 31, according to BGR India. 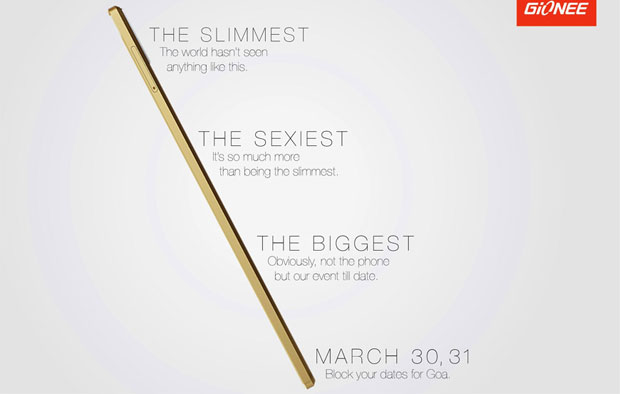 The thinnest iPhone till date, the 5S is 7.6mm thick. That should give you a fair idea of exactly how slim the Gionee Elife S5.5 is. Moreover, Gionee has done well to cram into it such advanced components that include an octa core processor clocked at 1.7GHz, 2GB worth of RAM, a 13MP camera and more.

We’ll have more on the Gionee Elife S5.5 as soon as additional information about its Indian launch is made available.

Meanwhile, take a look at its key specs: