The Gionee Elife E7 smartphone that was speculated to be launched in December, has arrived in China a month before the rumored release date and will be headed to India in January next year. However, all those who were looking forward to a touchscreen with 2K resolution will be disappointed to know that it has an FHD display which isn’t all that bad either.

This screen provides a multi-touch real estate of 5.5 inches and it not only has a 1920 x 1080p resolution, but also boasts of a pixel density of 400ppi. And as a Corning Gorilla Glass 3 film has been reinforced on top, it should be capable of resisting scrapes and scratches too. The handset will come drenched in shades like black, white, pink, blue, green, yellow and orange. 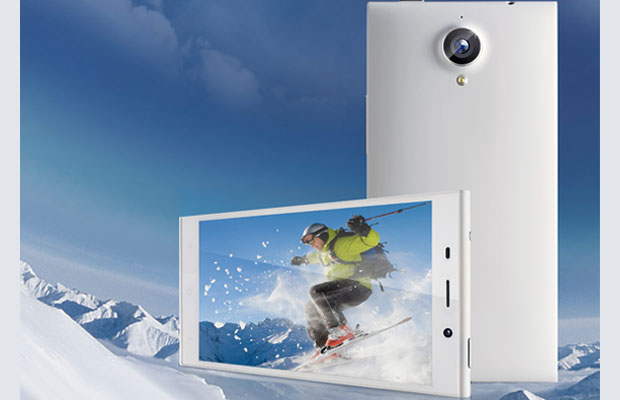 The successor to the Elife E6 will be made available in variants with either 16GB or 32GB onboard memory and you will also get to choose between the 4G and 3G variants of the devices. The 4G one that goes by the name of E7L packs in a 2.5GHz Snapdragon 800 processor, while the other model’s 800 chip ticks at 2.2GHz. Additionally, you can look forward to 2GB of RAM with the 16GB contender and the 32GB one brings 3GB of RAM along.

Except for an advanced 16MP camera, the Gionee handset has an 8MP primary camera as well. The Jelly Bean OS is garnished with the company’s proprietary Amigo 2.0 UI, both of which are responsible for the user-friendly experience that the device claims to offer.