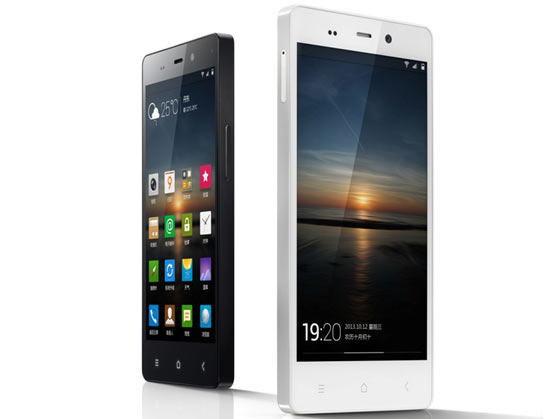 There’s a new smartphone on the block in the form of the Gionee Elife E6 which has been slated for a mid-July release in China, with its price set at CNY 2,699. This amount roughly translates to Rs 26,330, or $440. Equipped with a full HD touchscreen display, this new entry to the Gionee Elife series boasts of some advanced features aimed at delivering a stronger performance and increased user friendliness to its users, according to its makers.

A 5-inch AMOLED screen has been placed on its front surface, offering the benefits of full HD resolution at 441ppi. The Elife E6 features a uni-body design, and bears a thickness of just 6.18mm. A quad core processor clocked at 1.5GHz has been granted to the smartphone, along with 2GB worth of RAM. And as far as the camera setup is concerned, a 13MP snapper has been embedded onto its rear, while a 5MP shooter sits on its front.

Moreover, the back camera on the Gionee Elife E6 has been blessed with several attributes like Best Shot, HDR, Panorama, Night Mode and other such options. And it of course possesses the ability to capture videos at 1080p. 32GB worth of internal memory finds its way into the device, whereas essentials like Wi-Fi, GPS, Bluetooth 4.0 and FM radio have also been infused into it. Over its Android 4.2 OS, it bears a layer of the company’s very own UI which possesses motion sensing and gesture controlling abilities, amongst other attributes.

The Elife E6 is also slated to hit countries like Nigeria, Vietnam and India after August 2013.