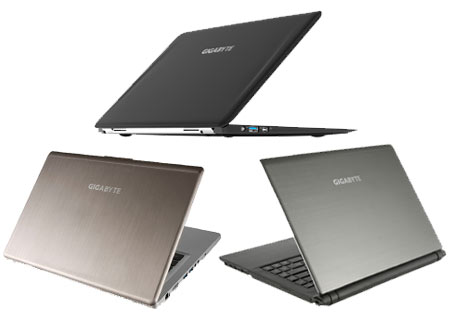 While the Gigabyte X11 laptop aims for the ‘world’s lightest’ title, the U2442 and U2440 notebooks stand their ground at being high on performance and cost-efficient, respectively. These portable rigs pack in the latest generation of Intel Core processors, while some get lucky with discrete graphics from Nvidia.

Weighing around 975 grams with a thickness that amounts to approximately 3mm to 16.5mm, the Gigabyte X11 is the company’s thinnest notebook to date. The device is basically built from carbon fiber with a transparent or black paint finish featuring a diamond wave pattern cover. In addition to the Core series processors, the laptop is equipped with dual aluminum alloy air vents, a 128GB SSD, a 11.6-inch HD 1366 x 768 display, USB 3.0 and a multi-touch touchpad. 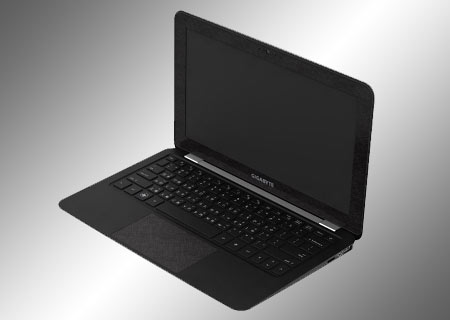 Last on the list is the Gigabyte U2440 notebook. This device sports a 14-inch LED backlit screen proffering resolutions of 1366 x 768 pixels. Along with the Nvidia GeForce GT 630M 1GB graphics and support for the Optimus technology, the laptop houses a couple of USB 2.0 and 3.0 ports as well as a 9.5mm optical drive. Storage options stand at 320GB, 500GB or 750GB via SATA HDD or 32GB of hoarding memory through an mSATA SSD. 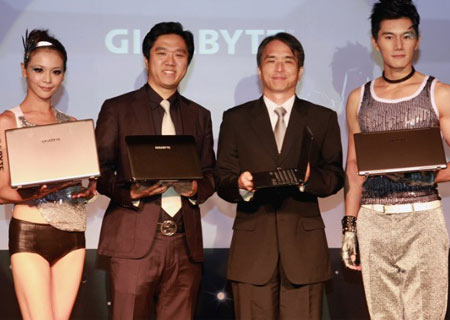 The Gigabyte X11 price starts from $999 and it will be available for purchase in July. The U2442 price tag read as $999, while the U2440 price amounts to $699. These notebooks are expected to hit stores during mid-June and at the end of June, respectively.