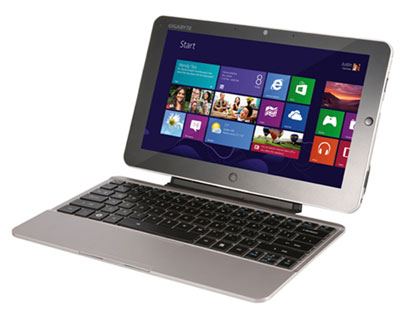 The Gigabyte S1185, a full HD IPS tablet with Windows 8, has been announced at CES 2013, along with a host of other devices. Among them are buried a dual core Windows 8 slate, a convertible laptop and a performance Ultrabook, as well as a gaming-centered notebook.

First off, let us focus on the S1185. The tablet can be specified with either Windows 8 or Windows 8 Pro and brings along an 11.6-inch LED backlit, IPS display with capacitive multi-touch at a 1920 x 1080p resolution. There’s a single slot for DDR3 RAM which can go up to 8GB, and the slab has a Mobile Intel HM77 Express Chipset as well as an Intel HD graphics solution.

A 5MP camera is found on the rear while a 1.3MP front-facing snapper facilitates video conferencing. Hard disc drives can be specified as 64GB, 128GB or 256GB mSATA SSDs, and the tablet has Wi-Fi and Bluetooth 4.0 connectivity as well as a built-in 3.5G antenna. A 4000mAh battery powers the device which weighs about 1kg. 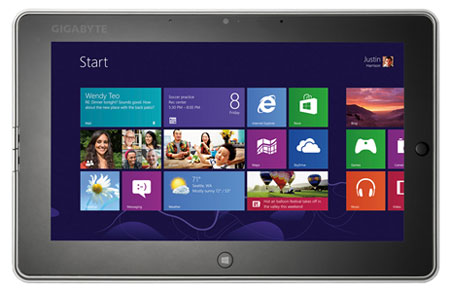 The second tablet on the agenda is the 10.1-inch S1082. It too comes with a choice of the pro or the standard version of Windows 8, and its 1366 x 768p screen offers capacitive multi-touch. RAM specifications and graphics are shared with the previously-mentioned slab while the graphics chipset is bumped down to an NM70.

In addition to the choice of SSD that its larger sibling gets, buyers will be able to specify a 2.5-inch HDD in either 320GB or 500GB capacities. In addition, it has a 1.3MP webcam, and keeps the Wi-Fi, Bluetooth 4.0 and 3.5G antenna. Battery capacity isn’t clear, but the tablet in question does get the option to add another battery and weighs just under 800 grams with an SSD. 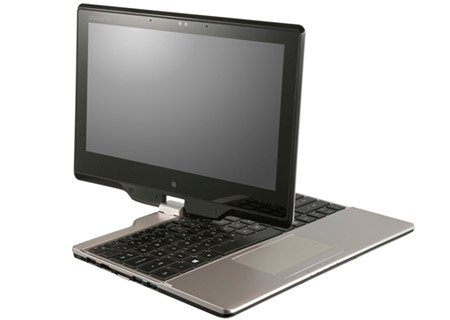 Next up is the U2142, a 11.6-inch capacitive multi-touch convertible Ultrabook which can switch between its forms thanks to a swivel hinge. Windows 8 seems to be the standard with the company’s latest products and this one has the latest Microsoft platform as well. It comes with 3rd generation Intel Core i3 processors and the choice of a 1TB HDD in addition to a full array of I/O ports. 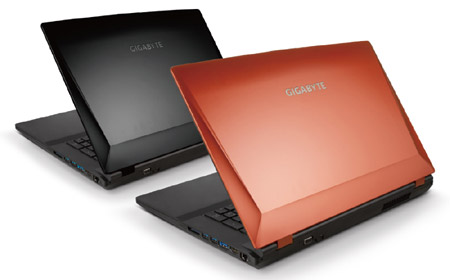 And finally, at the company’s CES showing, the P2742G – a 17.3-inch 1920x1080p gaming notebook – also came out. The premium device packs a 3rd generation Intel Core i7 quad core processor and an Nvidia GeForce GTX 660M GDDR5 2GB graphics processor. It comes in orange and svelte black and can take up to 2TB of storage since it features two bays. The gaming laptop also comes with RAID 0 technology and has three RAM slots for up to 24GB of memory.

The Gigabyte S1185 full HD tablet and the other devices announced at this year’s CES don’t come with a price tag. Also, none has received a release date and it is anybody’s guess when the devices will hit retail.