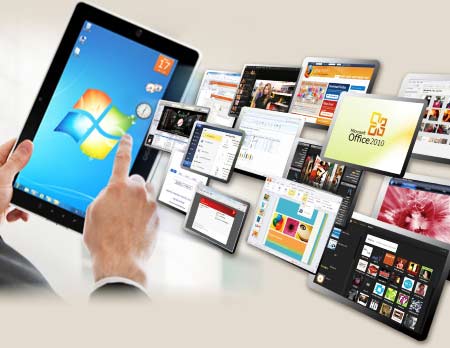 The Gigabyte S1081 tablet and its docking station as well as the T1006M convertible tablet have been announced by the company at the ongoing CES. The range is inclusive of the S1081 slate which is being aimed at business folks, allowing them to seamlessly multitask with the presence of the Intel Atom Cedar Trail.

The 10.1-inch S1081 runs on the Windows 7 platform and houses a 500GB HDD for hoarding multimedia files, while the SSD variant of the slab can also be opted for. Besides possessing a responsive capacitive multi-touch display, the slab is complete with features such as an optical trackpad, USB 3.0, Bluetooth 4.0 and a 1.3MP webcam as well as HDMI and VGA ports for enthusiasts to splash content onto larger screens.

The optional keyboard with a USB cable and a carrying case designed for the Gigabyte S1081 model can also be grabbed by potential users. Additionally, the S1081 multimedia docking station unveiled for the aforementioned tablet is integrated with a DVD drive, two stereo and two woofers amongst other features for proffering entertainment after the work is done for the day. 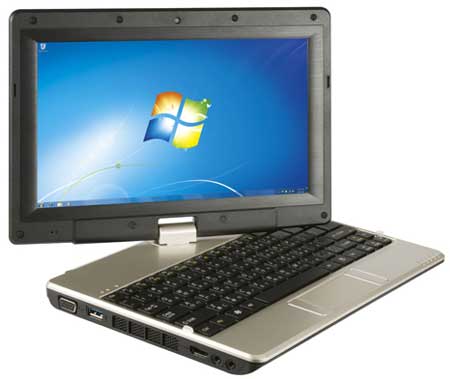 Next in the roster of the newly announced gadgets by the company is the Gigabyte T1006M convertible tablet notebook. Just like its counterpart, this 10.1-inch device comes fueled by the Intel Atom Cedar Trail chip. The incorporated capacitive multi-touch display proffers resolutions of 1366 x 768 pixels. With 3.5G capabilities, the slab is complete with a USB 3.0 connector and houses a 6-cell battery within its lightweight and compact chassis.

The Gigabyte S1081 slate and the S1081 docking station as well as the T1006M convertible tablet release date and price details have been kept under wraps.