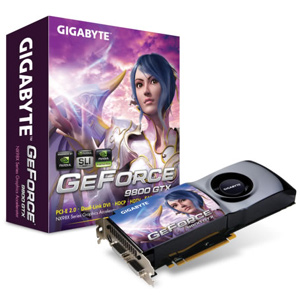 Also the GV-NX98X512H-B features Nvidia’s the latest advanced technologies like GigaThread that through the use of a massively multi-threaded architecture, is able to create thousands of independent, simultaneous threads, providing extreme processing efficiency for advanced, next generation shader programs.

The Gigabyte GV-NX98X512H-B also supports Nvidia’s Quantum Effects technology, which enables new level of physics effects to be simulated and rendered on the GPU. The Lumenex engine is also incorporated within the GV-NX98X512H-B with 16x Anti-aliasing and 128-bit floating point High-Dynamic-Range (HDR), for ultra realistic rendering of lighting effects.