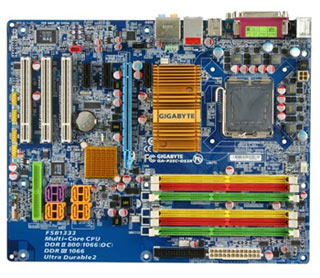 GIGABYTE Technology India, a leading motherboard and graphic cards manufacturer has just launched the GA-P35C-DS3R Motherboard, which enables one to use their existing DDR2 PC memory while enjoying a host of new features and technologies. This motherboard also features a slot to pack in a high-speed DDR3 memory.

The GIGABYTE P35C-DS3R motherboard supports the Intel P35 chipset and also has support for the latest multicore processors up to FSB 1333MHz as well as for Intel’s upcoming 45nm platform.

The best part about this motherboard is that it works with both DDR2 and DDR3 memory.

A key feature of the GIGABYTE P35C-DS3R motherboard is the Ultra Durable 2 Design from the company itself, which employs specially designed Low RDS MOSFETs that run cooler than other MOSFETs.

Due to the above mentioned design features; the GIGABYTE P35C-DS3R motherboard offers better and cooler operation as well as greater system reliability during over clocking and PC gaming.