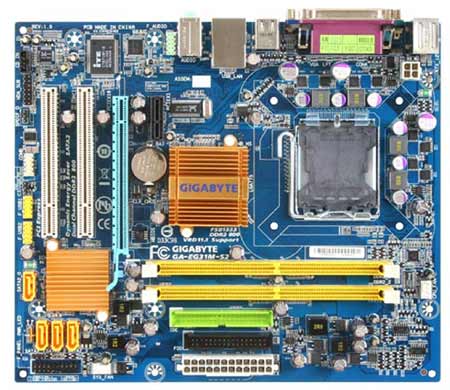 Gigabyte has released its latest G31 Series of motherboards in India. The new series comprises of two models GA-EG31M-S2 and GA-EG31MF-S2, which are based on the Intel G31 chipset.

These motherboards deliver power savings and better power efficiency to the computer by using the Gigabyte dynamic Energy Saver technology. At the same time, the new motherboards are compatible with high-end processors including Intel Core 2 multi-core and 45nm processors.

The EG31M-S2 Series features the Ultra Durable2 design or its CPU VRM (Voltage Regulator Module). Hence it ensures better cooling, lower power loss and longer lifespan for the computer. Moreover, it also boosts system stability even under extreme conditions. Armed with the SATA specification, the bus bandwidth of the G31 Series is now doubled from 1.5Gb/s to 3Gb/s.