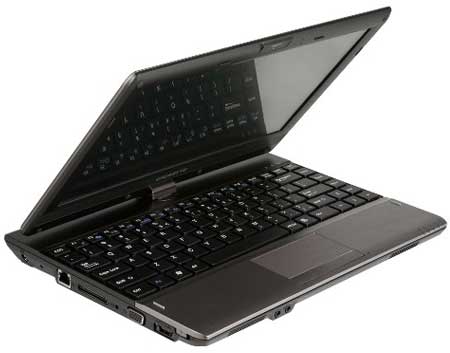 The Gigabyte Booktop T1132N and Booktop M2432 along with the P2532F notebook have recently been announced by the company. The first device in the roster arrives with the claim of possessing a 3-in-1 design which allows this device to work as a notebook, a tablet as well as a desktop, for which it requires the support of a docking station.

The 11.6-inch T1132N comes fueled by the second generation Intel Core i5 processor, while the visuals are taken care of by the presence of Nvidia GeForce GT520M graphics with 1GB VRAM. Connectivity is proffered with the help of the integrated 3.5G antenna, USB 3.0 as well as HDMI which allows users to splash data onto larger screens. The capacitive multi-touch display aids in permitting the gadget to play the role of a tablet without hesitation. And with the company’s docking station, it can transform into a desktop as well.

Then there is the 15.6-inch P2532F gaming and multimedia notebook announced by the company along with the spate of other devices it unveiled at the CES 2012. It is powered by a second generation Intel Core i7 2670QM processor and is complete with an Nvidia GeForce GT555M card with 2GB VRAM. Besides the full HD 1920 x 1080 LED backlit screen, the portable PC is integrated with a Blu-ray drive, two USB 3.0 ports, HDMI, a 7200rpm 750GB HDD and 8GB of RAM. Just like its counterpart, this offering has been complete with THX TruStudio Pro technology for audiophiles out there. 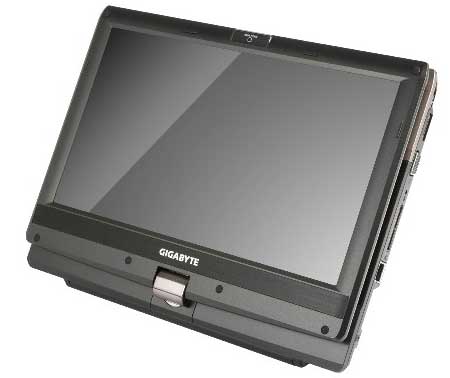 The Booktop M2432 will be arriving on the scenario with the aim to deliver desktop-level performance achieved with support from a docking station. The last mentioned proffers full I/O connectivity that comprises HDMI, D-Sub, DVI and six USB ports amongst other options. The system has been assembled with a second generation Intel Core i5 processor and HD 3000 graphics card in tow. Apart from being host to THX TruStudio Pro technology like the former two, the device is fitted with a 14-inch LED backlit display to proffer enhanced visuals.

The Gigabyte Booktop T1132N, Booktop M2432 and P2532F release date and price details have not been divulged by the company as of now but potential users can be on a watch out for any further updates on the arrival of the aforementioned gadgets.