Ghajini The Game, a 3D PC game launched in India

Eros International has teamed up with FXLabs Studios to introduce India’s very first 3D PC action game based on a Bollywood movie called Ghajini. The game finds its roots in the recently released action movie Ghajini. 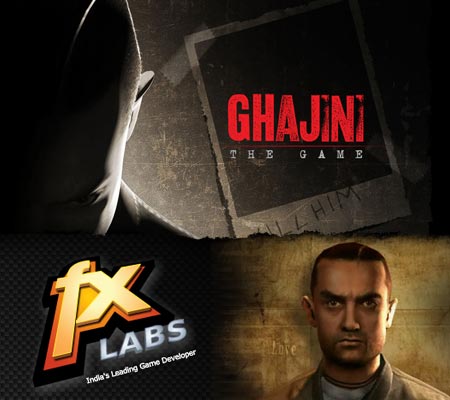 A third person action game, Ghajini gives all Bollywood movie buffs particularly those who love Aamir Khan movies a chance to get a first hand experience of the film. Getting into the skin of the main character and protagonist Sanjay, players are put up against many challenges and trials.

“We are thrilled to launch this technologically advanced 3D PC game based on a major Bollywood movie. Our aim is to extend the movie experience through our game to all Ghajini fans globally and we are excited to have had the opportunity to work with one of Bollywood’s finest actors and stars – Aamir khan on this project,” adds Sashi Reddi, Founder and CEO, FXLabs.

Gamers can actually get a real world feel with the game’s recreated movie locations and scenes in the 3D world. The adventurous game provides a real and authentic movie set too. The high point of the game is that experimental actor Aamir Khan has lent his voice as also enacted certain moves in action sequences of the game. This makes the game even more interesting.

The Ghajini game will be available soon through leading stores.