Get out the popcorn, iBall’s Andi 4a projector phone is here

You’d have thought we saw the last of projector phones with the Samsung Galaxy Beam. But iBall has hit us with the Andi 4a and stuffed it with good enough features to make regular folks take notice. Starting with the projector, it can throw out 35 lumens of brightness. Compare this to the 15 lumens that the Galaxy Beam has to offer.

The LED light projection is claimed to support a contrast ratio of 1200:1 and you can beam videos or photos on a screen surface as big as 10 x 8 feet. Speaking of screens, any old wall or ceiling of uniform color and smoothness should be able to do the trick. Where would anyone use the handset’s projector capability? 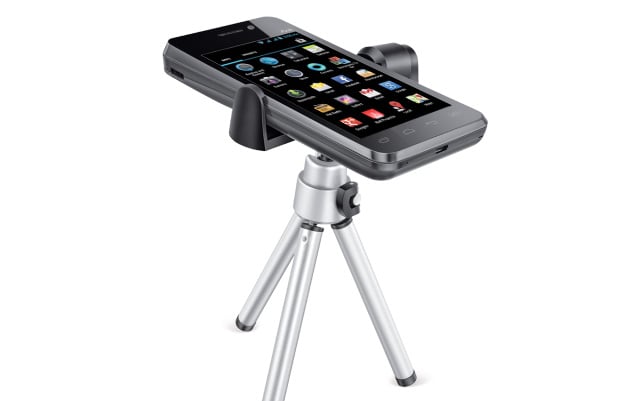 It certainly does not look like the sort of business device we’d want to employ while making an official presentation. Social settings will probably give you the best reason to whip out this one. ‘Sleek’ is not an adjective that suits the crop of such phones we’ve seen so far anyway. The projector inclusion has always struck us as a little at odds with the gadget in question, unlike Nikon’s special Coolpix lineup.

The specs of the Andi 4a cover Android Jelly Bean 4.1 and a 4-inch IPS WVGA capacitive screen. A dual core 1GHz Cortex A9 processor and 512MB of RAM power it. There’s 4GB of internal storage and a slot for expanding the hoarding space up to 32GB. The 3G-capable smartphone is powered by a 1500mAh battery which can apparently keep it going for roughly 2 hours in projector mode.

Interested? You can grab the phone through eBay.in, Flipkart or Rediff Shopping for Rs 17,990.