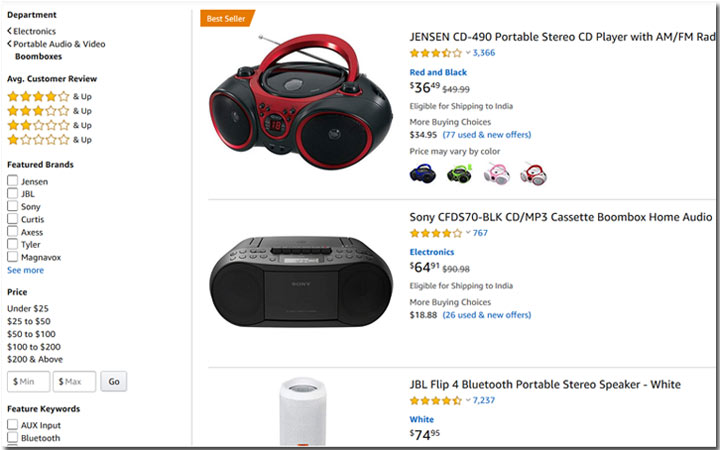 US lawmakers have sought answers from Amazon CEO Jeff Bezos on what the platform is doing to rid it of fake product reviews.

In a letter on Tuesday, Frank Pallone Jr., Chairman of the House Commerce Committee, and Jan Schakowsky, who leads the committee’s consumer protection panel, asked Bezos how Amazon identifies, prevents and responds to fraudulent product reviews.

“Amazon can and should do more to protect consumers from these deceptive practices and we would like to better understand what measures your company is taking to address this issue,” the two Democrats wrote.

They also pointed out that fake product reviews also hurt competitors who play by the rules.

The lawmakers cited a BuzzFeed News report which said that unscrupulous businesses pay as much as $10,000 per month to generate positive reviews on Amazon that will trick consumers into buying their products.

They also cited a study by consumer group “Which?” that found thousands of fake reviews with obvious signs of fraud across dozens of popular tech categories on Amazon.

Among other things, the study found that little known brands dominated search results in these categories.

The lawmakers also raised questions about the use of “Amazon’s Choice” label on some of the off-brand electronics products to indicate that they are “highly rated well-priced products”, while many of them have been found to be of poor quality and even defective.

“Online reviews significantly affect consumers’ shopping decisions and it is important that Amazon proactively protect consumers from such misleading and harmful behavior,” they wrote.

The Hill quoted an Amazon spokesperson as saying that the company “invests significant resources to protect the integrity of reviews”.

“Even one inauthentic review is one too many,” the spokesperson added.