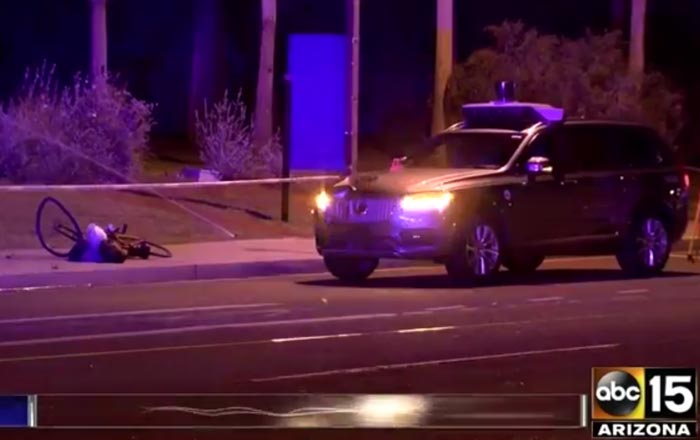 Self-driving cars have become the hot new thing in Silicon Valley, with everyone from Google to Apple competing to get ahead in the fast-growing industry. However, the move towards human-less vehicles has hit its first major roadblock now as a woman has died in the US after being hit by an autonomous Uber car.

This appears to be the first time a fully autonomous vehicle has been involved in a fatality. Tesla hit headlines in 2016 when a man died while his semi-autonomous car was in Autopilot mode. That didn’t stop the self-driving car movement from chugging forward, but this latest incident might change that.

The tragic accident took place in Tempe, Arizona. The 49-year-old victim, Elaine Herzberg, was walking her bicycle outside the crosswalk on a four-lane road at about 10 pm on 18 March. An Uber car travelling at about 40mph (65kmph) struck her, causing grave injuries.

She later died of those injuries in a hospital. As per Reuters, she might have been homeless. It seems the self-driving car had a driver behind the wheel. Questions are being raised about why he didn’t take action in time.

Upon reviewing footage taken from the vehicle, Tempe Police Chief Sylvia Moir told the San Francisco Chronicle that it would have been difficult to avoid the collision in autonomous or human-driven mode since Herzberg emerged from the shadows straight into the roadway.

Moir says Uber may not be at fault for the accident, but didn’t rule out the possibility of charges being filed against the driver. The company has meanwhile decided to suspend all its North American self-driving operations immediately.