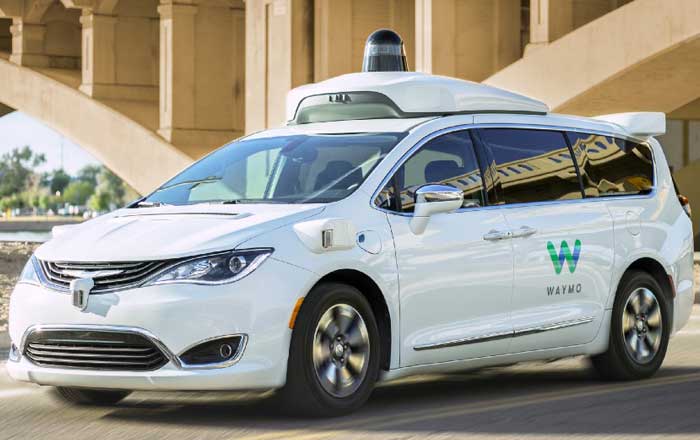 Waymo, Google’s self-driving car offshoot, has finally hit the streets after 10 years of testing. The search giant has begun allowing people to book rides for its robot taxi and is calling the service Waymo One.

Before you get too excited, you should know that Waymo is keeping things restricted to early riders who were already participating in its research program. You can sign up to be one of them here. However, you’ll have to be living in Metro Phoenix, Arizona to be eligible. The service currently covers a couple of cities including Chandler, Tempe, Mesa, and Gilbert.

You should also know that there will be a human driver behind the wheel during the ride. They won’t be doing any driving unless an emergency pops up. Waymo hasn’t said when this will end, but they’ll probably be around to provide reassurance to customers.

Reuters (via BGR) took a ride in a Waymo car recently and came off with mixed feelings. The autonomous Chrysler Pacifica hybrid managed to complete the ride without any human intervention, but it was slow and jerky. The publication unfavorably compared its skills to that of a student driver because of how timidly it drove.

For instance, the Waymo car was extremely aware of the people around it, but couldn’t tell what their intentions were. It apparently stopped for a man who was just standing at the crosswalk. A person would have seen he wasn’t going to cross the street, but the robot couldn’t.

The Waymo taxi also slowed down too much ahead of speed bumps and made turns in an “unsettling jerk.” On the plus side, it managed to cross three tricky lanes of traffic to take a left turn into a parking lot. You can’t exactly blame Google for being over-cautious; a woman died this year after she was hit by a self-driving Uber.

It’s still early days for Waymo. The slow-paced driving is bound to improve after the initial testing phase is over. Google will have the first-mover advantage now, beating out the likes of Uber and Apple.