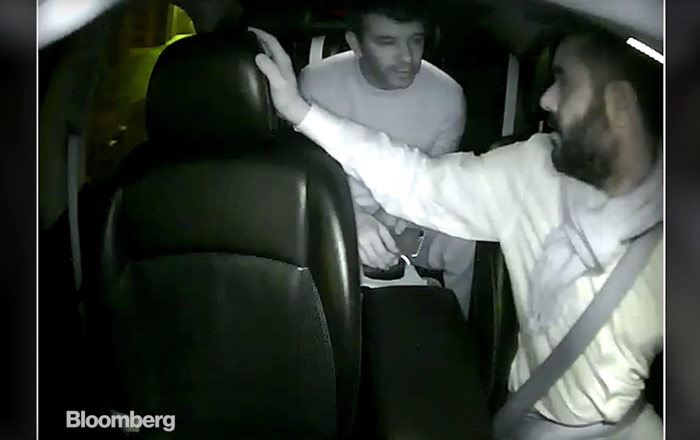 Uber’s having a tough go of it at the moment, what with Google accusing it of stealing self-driving car secrets, an ex-employee writing about its sexist work culture, and its head of engineering resigning over sexual harassment allegations. To make matters worse, the taxi aggregator’s own CEO has now landed smack dab in the middle of yet another controversy.

Bloomberg has obtained footage of Uber CEO Travis Kalanick riding in one of his company’s elite Black cars in early February. The journey starts out peacefully enough. However, things got ugly towards the end of the ride when Fawzi Kamel, the driver, told Kalanick that he was raising the standards but dropping the prices.

Kalanick denied this accusation at first, but later retorted that Uber had to do so because of competitors. Kamel then brings the conversation around to his experience, stating that he lost over $97000 and is bankrupt because of the company’s changing rates.

Kalanick proceeded to demand what he had changed about Black and responded with “Bulls***” when Kamel told him he had lowered the costs of the high-end service. He repeated the insult again when told that Black started at $20 and had dropped down to $2.75 per mile.

Kalanick then ended the trip by angrily telling Kamel that some people don’t like to take responsibility for their own s*** and blame everything in their life on somebody else. Kamel snapped back at Kalanick’s “Good luck!” with a cutting rejoinder that he knows the CEO’s not going to go far.

Kamel unsurprisingly gave Kalanick a one star rating in the Uber app. The latter’s now issued a public apology via the brand’s blog, admitting that he treated the driver disrespectfully. He’s now promising to fundamentally change as a leader and grow up, pointing out that this is the first time he’s been willing to admit that he needs leadership help.