TechShout
Home General What Does The Future Hold For Driverless Cars? 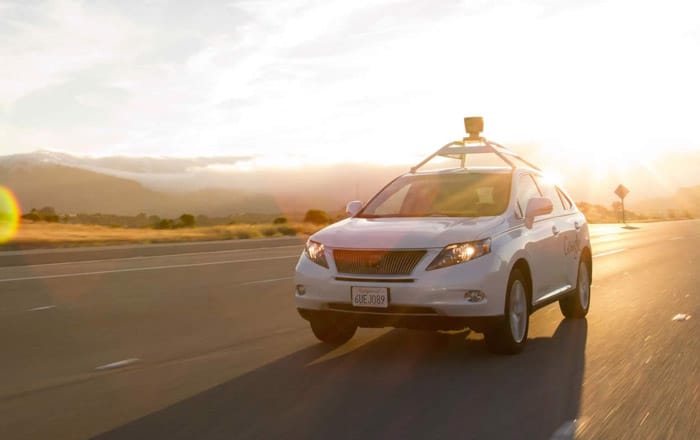 After over a million miles covered, the first incident of a Google driverless car having an accident has been reported, following a small collision with a bus. A minor setback, but still something of a landmark event in this rapidly-evolving technology. With more than 45 million active driving licenses in the UK alone, it’s impossible to talk about the future of driverless cars without also talking about the future of our entire daily lives. How is the way we get around going to change in the next few decades, and what will that mean for linked industries and city planning?

Driverless technology means that much of the knowledge that we have to display when learning to drive, or taking practical and theory tests, may well need to alter. Lessons and tests will change markedly, though the basics will of course still need to be covered for times when a human needs to take over as a ‘back up’. And people who passed their tests in regular vehicles may need to go back and take a course or another test, to bring them up to speed before they can use a driverless vehicle.

If car accidents become fewer, and hopefully less serious, vehicle insurers will see lower demand for their services. Liability for claims may switch according to the transfer of risk, from the driver to the car manufacturer. Driverless tech is poised to transform the haulage industry too, which could see costs fall dramatically. Driverless lorry trials will soon be trialled on the M6.Taxi and delivery drivers are already feeling the pressure from technological advancements, and their problems will be magnified by the capability for car sharing. There will also be less need for parking, as people find that they can get by easily and cost-efficiently with an autonomous vehicle which can then head back home or to pick up another passenger instead of waiting. That will free up considerable urban space which could be used for much-needed housing. The knock-on effect could be wide ranging.

If the driver no longer needs to be sat at the steering-wheel staring out of the windscreen, the internal layout of cars could be dynamically different in the future. Picture “sleeping cars” that are decked out for maximum comfort, so you can drift off to sleep in London and wake up ready for your meeting next morning in Edinburgh. Tables might be installed as you see in campervans, or seats might swivel so the driver can either focus on the road when necessary and , at other times, talk face-to-face with passengers.

There is incredible scope for tech advances with driverless cars – what we’ve seen so far is only the very tip of the iceberg. We may soon have lasers that allow cars to get a 360-degree view of their surroundings whatever the weather, or in-car apps that alert home devices that the driver is on their way, turning on the heating, the oven, or even the bath taps in anticipation. Wiring infrastructure will be future-proofed, so that cars aren’t quickly rendered obsolete as tech evolves, and new functions can be added on more seamlessly. At the same time, there will be greater and more public emphasis on cybersecurity for driverless cars, to try to allay concerns that safety or property could be at risk from malicious hackers.

One of the principal benefits of driverless cars is to increase safety on the roads and reduce the likelihood of human error, and so urban planning will shift to take this into account. We’ll have not just vehicle-to-vehicle communication, but vehicle-infrastructure too. Speed bumps could become a thing of the past (hurrah!) at some point, as cars will detect different zones and adjust their speed accordingly. Traffic light systems may also become redundant, if cars can determine when someone is waiting at a crossing and carry on if no-one is there, helping to ease congestion.

The future is driverless, that is without question. In possibly as short a space of time as 20 years, our streets and motorways may be almost unrecognizable and, for the most part, that’s going to be a very good thing. But there are significant obstacles to be overcome first, such as technology squeezing traditional industries at the expense of jobs. These will be more serious issues than the teething problems so far. They can’t be ducked for much longer.