The newly unveiled Post Modern Skateboard has emerged out of nowhere, and has confused skateboarders all over the world. Since they’re usually used to finding a ‘board’ on their favorite skating equipment, it’s particularly baffling them that the maker’s of this new invention have blissfully ignored it.

Yes, the Post Modern Skateboard actually happens to lack a ‘board,’ and is just a pair of wheels which awkwardly wrap around your feet to take you forward. What’s that you say? Tricks? No, there won’t be any tricks on this baby, as the inventors have chosen to ignore the fact that skateboards are mostly used for performing tricks, be it for shabbily-made YouTube videos, for winning medals at competitions or just for showing off to peers. 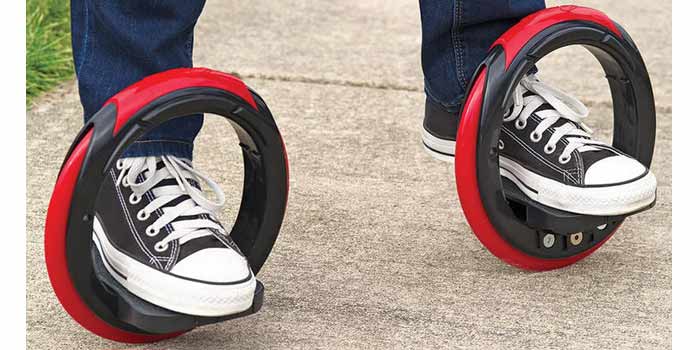 CNET has revealed that this product actually consist of two 10-inch round wheels which come with foot platforms inside them. The right way to ride the Post Modern Skateboard sounds simple but it isn’t. You need to lean form side to side while twisting your entire lower body in the process. This should be very easy to grab for those who’re used to riding caster boards – the newly developed cousins of skateboards.

The Post Modern Skateboard will set you back by $99.95 if you actually decide to buy it. Although it’s meant to be ridden independently, an extendable rod can has been bundled with it by its makers, for helping learners get a hold of the whole jig that is needed to be learned in order to propel the contraption forward. 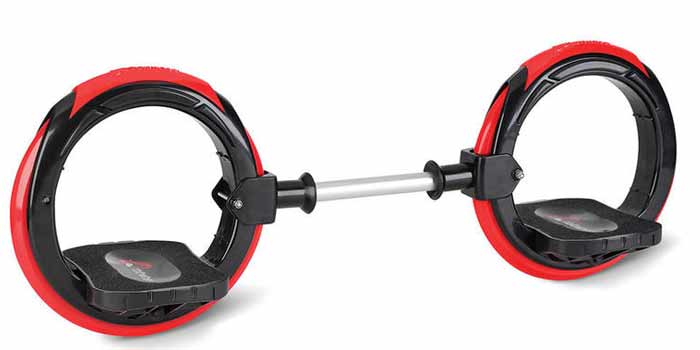 Howsoever ludicrous the Post Modern Skateboard sounds, it is still a thing. It now remains to be seen how many are brave enough to be spotted riding it in their neighborhoods.