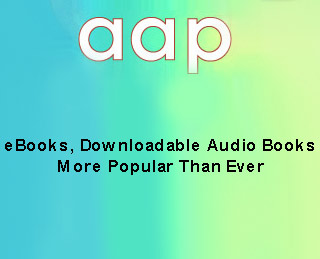 Reading buffs seem to prefer eBooks or the likes of it more than paperbacks or hardcovers due to the hordes of eReaders which have been made available for this purpose. The Association of American Publishers’ (AAP) January 2011 sales report traces an increase in the popularity of eBooks and downloadable audio books.

The official figures for the first month of this year indicate an increase by almost 115.8% in sales of eBooks with $69.9 million to its credit when pitted against last year’s $32.4 million. The study also states that the total sales of downloadable audio books have experienced a boost of around 8.8% as placed against 2010, thus managing to garner $6.5 million.

The various highlights of the report include $805.7 million sales of books based on all platforms and categories, which is a minor drop from January 2010’s $821.5 million. The children/young adult category of hardcovers managed to conjure up $31.2 million in January 2011 versus $31.8 million in 2010. The paperbacks in the aforesaid bracket got just $25.4 million in sales, while $30.9 million was the figure noted in the previous year. A variety of scholarly and professional books achieved a sales growth of 1.3% from $51.2million to $51.8 million this year.

The AAP report implies that the overall sales and popularity of eBooks have grown considerably since the last nine years of tracking the category.