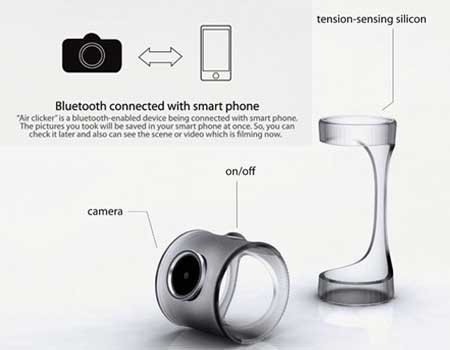 Imagine a digital camera with only a lens and shutter button minus the unnecessary aspects of the design and it will lead to the core of the Air Clicker concept. Apparently taking inspiration from Apple, this latest development seemingly strips the good old digital camera down to its bare essentials.

Designed by Yeon Su Kim, the concept integrates two modules that feature a camera lens and a shutter button, each attached to a rubber band. As the camera is Bluetooth-enabled, the lens is required to be worn on the thumb while the band with the shutter button is placed on the index finger.

A post on Yanko Design shares that the shutter button band is complete with the tension sensor to detect the position of the fingers. So, when the appendage is bent in the direction of pressing the shutter, the band senses the motion and takes a snap. To capture live motion, users will be required to curve their fingers as if actually holding a video camera. 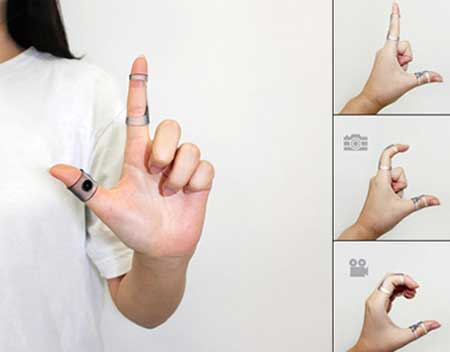 The images and the videos captured will immediately show up on the Bluetooth-enabled smartphone. At the same time, users can even employ their smartphone to view what shot is being taken at the moment. As for the camera lens band, it also accommodates an on/off button for better accessibility.

Although being quite an immersive concept that may probably have garnered the interest of photographers and regular users alike, Air Clicker would probably take time before it actually sees the light of the day since it happens to be in its conceptual stage as of now.