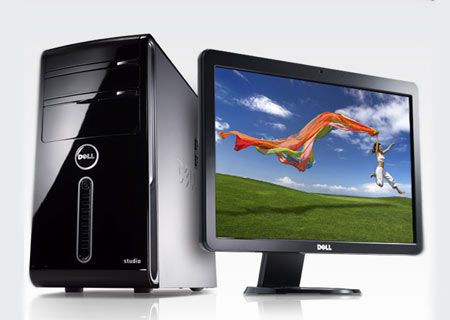 The flamboyant Dell Studio line of desktops was launched internationally some time back and now here it is in India. The Dell Studio desktop series boasts of being fully loaded with high-definition entertainment enhancers.

The series showcases compact sized desktop with multimedia and entertainment oriented functions like the graphic support for DirectX10 and optional Blu-ray disc players, built-in HDMI for connectivity to HDTVs. The desktops make possible viewing of super-sized images, listening to MP3s, streaming Internet TV on an HDTV. It also comes with an optional TV Tuner.

The technical specifications of the Dell Studio series are:

The official release date and pricing of the desktops have not been revealed.