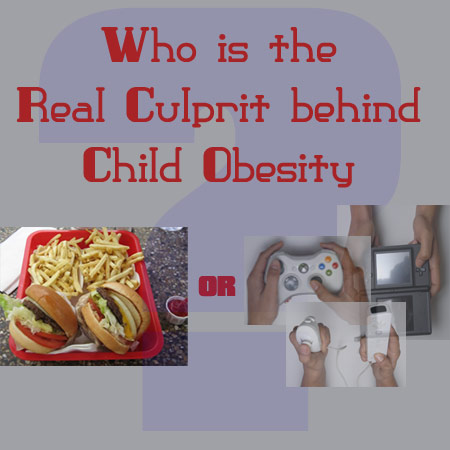 According to McDonald UK’s head though “the issue of obesity is complex,” a fair share of blame for Britain’s overweight children should be attributed to videogames too.

TimesOnline quotes Steve Easterbrook, chief executive of McDonald’s UK, “There’s fewer green spaces and kids are sat home playing computer games on the TV when in the past they’d have been burning off energy outside.”

Further on, the 41-year-old stated that the government, the food and drink industry, and individuals constitute to the “three pillars” that need to work cohesively to combat the key issue of obesity. Easterbrook is fulfilling his corrective duty by increasing the menu choice and offering more options to the customers, along with decreasing the sodium, sugar, and trans fat levels in McDonald’s food.

Well, there are two things that need to be in perfect sync in order to maintain a perfect shape and a healthy body. Firstly eating the right things at the right time and secondly to add a dash of an exercise regime to keep you toned and active. Things like video games and other forms of interactive entertainment are quite vital as they do give you that bit of mental dope necessary to get you off your monotonous daily schedule. And as it is always known that anything in moderation does no harm to anybody, similarly eating a burger once in a while or playing your Wii or 360 for a couple of hours will surely do no harm.