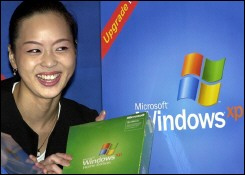 In response to the appeals of consumers, Microsoft Corp has announced that it will now extend the free support period for its Windows XP Home Edition until after 2010.

Microsoft had actually planned to end its support service in late January 2009, as it was preparing to launch globally its next-generation operating system, Windows Vista. Microsoft Windows Vista will have a world-wide launch on January 30, 2007.

But according to Darren Huston, president of Microsoft’s Japan unit, there had been so many requests from consumers, especially from those in Japan, asking for a longer support period.

“It’s going to be significantly extended,” Huston said. “When I say significantly, it’s more than one year,” he added.

The official announcement will be made tomorrow, so stay tuned for more information