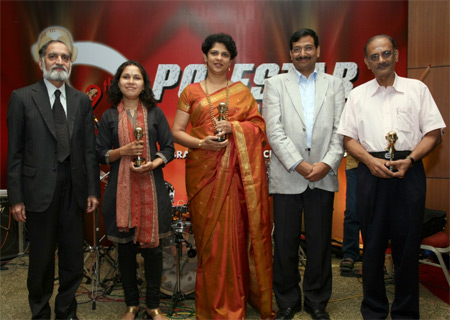 PoleStar Foundation, an independent organization in India that honors the best Indian media professionals, has revealed the lucky winners of the Ninth Annual PoleStar Awards.

The PoleStar Award is not merely a trophy but a true credit in itself. Apart from the much coveted trophy, the winners walk home with a citation and a cash prize of Rs 1,00,000 for further education.

Mr. Kiran Karnik, President, NASSCOM presided over the function and gave away the prizes to the Indian journalists.

The winners of the Ninth Annual Polestar Award are: