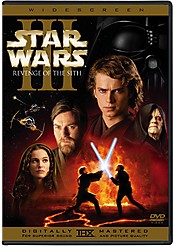 Seven friends will be facing a year in jail and a fine of around $100,000, thanks to the loan of an illegally obtained pre-release copy of Star Wars III: Revenge of the Sith. A week before its theatrical launch, Albert Valente, 28 who worked there last May took a copy of the final Star Wars film from the Los Angeles post-production facility.

The DVD copy was then passed along to Jessie Lumada, 28, Ramon Valdez, 30, Michael Fousse, 42, Dwight Wayne Sityar, 27, Stephani Gima, 25, and Joel De Sagun Dimaano, 33. The six, all from Los Angeles, and Valente this week pleaded guilty to piracy charges over sharing the movie between themselves and for giving access to an eighth person to upload a copy of the film onto the net.

In a statement the Motion Picture Association of America (MPAA) said, “We are glad to see the Star Wars thieves brought to justice.” It added, “Stealing copyrights is a serious problem, and the theft and illegal distribution of Revenge of the Sith was a glaring example of how the actions of dishonest people can cheat the movie-watching experience.”

Marc Hoaglin, 28, from Huntington Beach, California, and a work colleague of Dimaano, confessed putting the film on the net last month. Newly enacted federal law ascertains hard penalties for sharing pre-released movies. Hoaglin faces sentencing in March while the destiny of Valente and the six other defendants will be decided at a sentencing hearing scheduled for April 12.