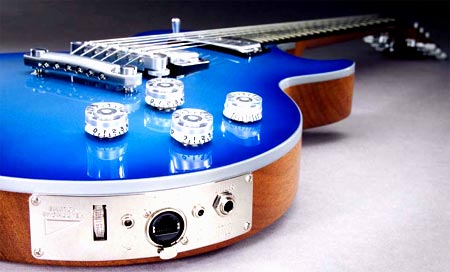 The Gibson HD 6X Pro Electric Guitar sports a traditional Les Paul design so that the musician doesn’t have to compromise on his skills by playing on some weird digital hybrid. The pickups on the HD 6X are a new ‘Hex’ system created by Gibson that uses 6 small humbuckers positioned under each string at the bridge that send 6 individual signals to studio-grade preamps allowing them to be immediately digitized. 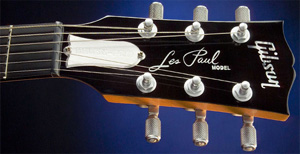 These digital signals are then sent to a Breakout Box, known as “BoB,” through a special ethernet port designed by Gibson called ‘MaGIC’ that can carry up to 32 bi-directional channels of audio over a single cable. The BoB can then be connected to a multi-channel sound card where the guitar can be recorded with a piece of professional software such as Cakewalk SONAR which is included with the instrument. 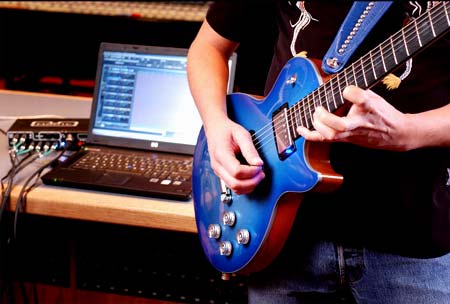 The Gibson HD 6X Pro Electric Guitar with a Traditional Les Paul design is available for purchase right away and costs around $5,000.

Specifications of the Gibson HD 6X Pro Electric Guitar are: