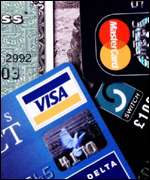 A consumer group has cautioned that around 3 million elderly and disabled people will have to put in immense effort to use the new-style credit and debit cards.

From February 14 consumers with a chip and pin card will no longer be permitted to sign for a purchase, and may have their card rejected if they do not know their pin.

However the National Consumer Council (NCC) said many elderly and disabled people were likely either to have problems remembering their pin or difficulties in keying it in to verify a transaction.

It called on banks to do more to warn people to the alternative cards that were available for elderly and disabled people, such as chip and signature cards, which would allow them to still use their signature to make a purchase.

“A year ago we urged the banks to launch an information campaign and improve bank staff awareness of the chip and pin alternatives. We are really disappointed that banks haven’t taken their responsibilities to vulnerable customers more seriously. Three million people could find themselves high and dry at the checkout”, the deputy director of policy at the NCC, Claire Whyley.

The director general of Age Concern England, Gordon Lishman, said: Many older people will be caused unnecessary suffering when the new chip and pin system arrives on February 14. Some older people are concerned about remembering their pin number and others may struggle to use the key pad.

He said, “Banks and card issuers must make sure that their older customers know that if they are unable to use chip and pin, they can apply for a signature card and continue to use this method of payment instead.”

The chip and pin campaign, which is run by the card issuers’ trade body Apacs, said people who need a chip and signature card should contact their provider as soon as possible.

It said around 100,000 of the cards had already been issued and there was still time for consumers to get one before February 14.

Research had shown that 83% of disabled people, 74% or people who were visually impaired and 79% of people over 65 found using a pin as easy as or easier than signing a receipt to make a purchase, it added.

Sandra Quinn, chip and pin spokeswoman, said: Our research has shown that the overwhelming majority of disabled cardholders have welcomed chip and pin and are happily using it ahead of February 14.

Quinn continued, “We accept, however, that some disabled cardholders may find using a pin more difficult and we are pleased to see that they are contacting their banks ahead of the change and requesting a chip and signature card so they can continue to sign.”