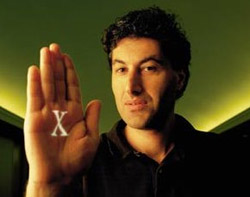 On Monday, it was confirmed that Apple’s chief software technology engineer Avadis “Avie” Tevanian would be quitting the job by the end of March. Responsible for setting company-wide software technology direction at Apple, Tevanian joined the company in 1997, following Steve Jobs to Apple after the company’s acquisition of NeXT in February 1997.

No reasons were given for his departure, though Apple said he would “pursue other interests.”

Tevanian started by serving as vice president of Software Engineering, however he received a promotion to chief software technology officer in 2003.

Tevanian played a critical role in Mac OS X development, which was based on the NeXTSTEP operating system and the Mach kernel he helped design. He holds a Ph.D. in Computer Sciences from Carnegie Mellon University,

Apple’s vice president of Worldwide Corporate Communications Katie Cotton confirmed Tevanian’s resignation to the San Francisco Chronicle Monday. “He plans to take some time off in the interim. He hasn’t left yet, though. His last official day is March 31,” she said.

Also following Tevanian out the door March 31 will be iPod division senior vice president Jon Rubinstein, who announced his resignation in the fall of 2005. Tony Fadell has been announced as Rubinstein’s successor.