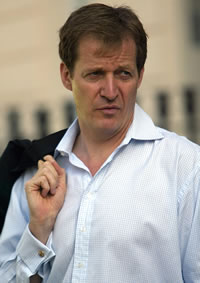 Alistair Campbell, the Ex-Director of Communications and Strategy for 10 Downing Street said that the only task he performed on the computer was to write. He never used email and his boss Prime Minister Tony Blair had a computer screen on his desk, which Campbell claimed was “it’s pretty idle”.

While being interviewed by Andrew Marr on the Radio 4 programme Start the Week, Campbell said, “I am generally always behind the times when it comes to technology. I am a bit of a technophobe. Tony Blair is definitely a paper and pen person.” He said that the public is consuming news in a completely different way to before. “About a third of the younger generation use the Internet as their primary source.”

Campbell said that people themselves can decide whether the news on the Internet is genuine or not. He said people buying British national newspapers knew what agenda they were buying into if they bought the Daily Mail, the Guardian or the Telegraph.

“On the Internet you can become fairly literate quickly about the quality and you can use your own nous,” he said.

Campbell said, “Newspapers have to stop thinking about the media in conventional terms. Politicians have got to let go a bit and understand it’s a pretty atomised thing and start to understand the young generation is thinking of its political consumption in a completely different way. In many respects, US politicians were way more savvy about the Internet than British politicos.”