TechShout
Home General McDonalds dragged to Court by Woman who found Blood in her Fries... 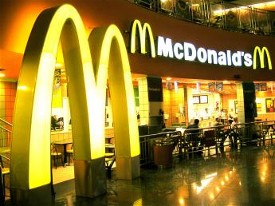 Popular food joint McDonald’s is being sued by a woman who claimed to have found blood smeared inside her bag of french fries. She is suing the joint for a minimum of $10,000.

When she found the blood, she said, she called the fast-food restaurant and spoke with an apologetic assistant manager. The person later responded back and said the blood came from an employee who had suffered a cut, she said. A regional manager later told Davis the unidentified employee had been fired, she said.

Spokeswoman Shannon Clubb said that the county Health Department did not take any action against the restaurant.

Davis said she went to her doctor for infectious diseases tests and was under the impression that Oak Brook, Ill.-based McDonald’s would pay for her medical bills. When she didn’t hear back from the company for months, she filed a lawsuit Feb. 3 in Gaston County Superior Court.

A legal representative for Davis said attempts to reach an out-of-court settlement have been fruitless so far.

A McDonald’s official declined to comment Wednesday on Davis’ case because her legal claim is active.

In a statement, Mike Fluck, a regional operations manager based in Raleigh said, “The safety and well-being of our customers is always a top priority.” He added, “We take this claim very seriously, but as this is now a pending legal matter, it would be inappropriate to comment any further.”

Davis said she continues to have her blood tested, though she has not suffered any illness. She said she stopped eating out for six or seven months.

“I get sick when I think about it,” she said.