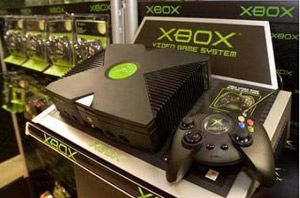 A co-owner of a Hollywood, Calif. video game store agreed to his crime of participating in a conspiracy to infringe federal copyright laws by pirating and installing video games on specially modified Xbox game consoles sold through the store, according to Thomas Loeser, assistant U.S. Attorney, U.S. Attorney’s Office for the Central District of California.

Jason Jones, 34, of Los Angeles, a co-owner of ACME Game Store, pleaded guilty in a Los Angeles federal court in Los Angeles before United States District Judge Edward Rafeedie. Jones’ partner — Jonathan Bryant, 44, of Los Angeles — has signed an appeal agreement and is slated to plead guilty to a conspiracy count on Monday.

Jones admitted in court that he and Bryant modified Xbox game consoles by installing more than 50 pirated games on each machine. Jones had Xbox machines running as demonstrators in ACME Game Store, and he described in detail to customers the advantages of the modifications.

“I don’t know how to modify a [expletive] Xbox,” he told Reuters from the Electronic Entertainment Expo in Los Angeles. He said he settled to get the case behind him, and said that his customers have been extremely supportive.

Pei “Patrick” Cai, 32, of Pico Rivera, the third defendant who allegedly executed the Xbox modifications, failed to appear in court and is considered a renegade, officials said.

Jones is scheduled for sentencing on August 7. The statutory maximum sentence for the conspiracy is five years in federal prison and a fine of $250,000, or twice the gross gain or gross loss resulting from the offense.