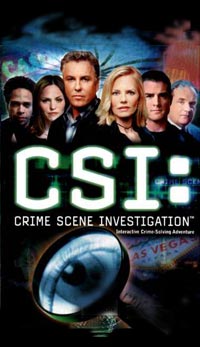 Hit television series CSI: Crime Scene Investigation seems to be a source of inspiration for murderers for getting new and different ways of concealing their crime and escaping. What is going to be one man’s happiness is sure to be another’s distress. The CSI effect is alerting police officers and prosecutors across the country.

An Oregon prosecutor Joshua Marquis said, “It’s not uncommon for rapists now to bring bleach with them and effectively sanitise the crime scene.” Last year, Marquis won murder convictions against two women who had allowed an old woman in their care to die and then dumped her body into a ravine. In this case, however, watching CSI contributed to their ruin. “They were great fans of CSI … they were bragging to their friends that the police would never prove whether [the victim] had medication in her system, because she had been in the ravine for two weeks,” Mr Marquis said. “They were just wrong.”

Captain Ray Peavy, at the Los Angeles sheriff’s homicide bureau, told ABC television: “The ‘CSI’ factor is very definitely real. The criminals are learning what not to leave behind at crime scenes.”

In Ohio, another CSI fan, Jermaine McKinney, has been charged with murdering a mother and daughter, then burning their bodies, using bleach to remove their blood from his hands, and lining his car with a blanket to avoid leaving traces. But he was given away by his ex-girlfriend.

Court papers said Mr McKinney, who “liked to watch CSI and other crime and forensic programmes on television”, was “concerned with the transferences of hair, sweat and DNA from him to the victim. This was why it was necessary for him to burn the bodies.”

Marquis said, “I can’t say we’ve seen a vast number of cases in which guilty people have walked free. But virtually every day prosecutors have to deal with it because a jury … expects DNA tests in every case, and in many cases there is no real DNA evidence.”