TechShout
Home General Gundam, the Life-size Robot to go on sale in Japan by mid-December 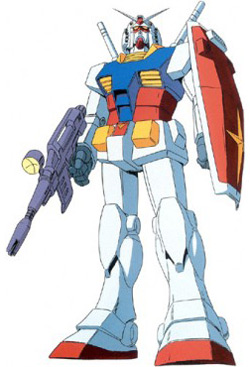 On Friday, Japanese toy maker Bandai Co announced that it will start selling a life-size plastic model of the well-known cartoon robot hero Gundam in mid-December. The model RX-78-2 Gundam stands 1.5 meter tall and weighs around 35 kilograms. With approximately 260 parts, the plastic model takes about four hours to assemble, a company official said. The life-size Gundam is priced at 350,000 yen (3,047 dollars).

The anime (animation) character comes with 14 movable parts, while special sound and lighting effects are battery-operated with remote control. Bandai plans to put 1,000 units up for sale at stores in Japan and on the internet, aimed mainly to sell to men in their 20s through 40s, on December 16.

Gundam is a turning point in the history of anime and manga, as it is credited for inspiring the Real Robot genre. The name “Gundam” comes from a variety of theoretical sources, most commonly attributed to a need to conform with common giant robot naming conventions during the 1970s.