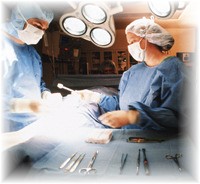 This would indeed be one of the rarest cases in the history of medical files. In an extraordinary transplant procedure, a 4-month-old boy was given a new heart and set of lungs, and his healthy heart was then donated to a 3-month-old girl, a ohio hospital said on Thursday.

Jason Wolfe was born on Sept. 30 last year, and was later diagnosed with a rare lung disorder and placed on a lung transplant list.

Although his heart was healthy, doctors also wanted to replace it because the double procedure is safer in such young children, said Dr. Todd Astor, medical director of lung and heart-lung transplant programs at Columbus Children’s Hospital.

So Kayla Richardson, who was born on Nov. 8 with a rare heart condition, received Wolfe’s heart in a nearby operating room during the transplants which took place on Jan. 14.

The procedure, called a domino transplant, was for the very first time used in 1988; however there are no records of domino transplants for hearts in the U.S. since 1996, the hospital said.

Both children could go home within a week, said Dr. Mark Galantowicz, the hospital’s chief of cardiothoracic surgery.