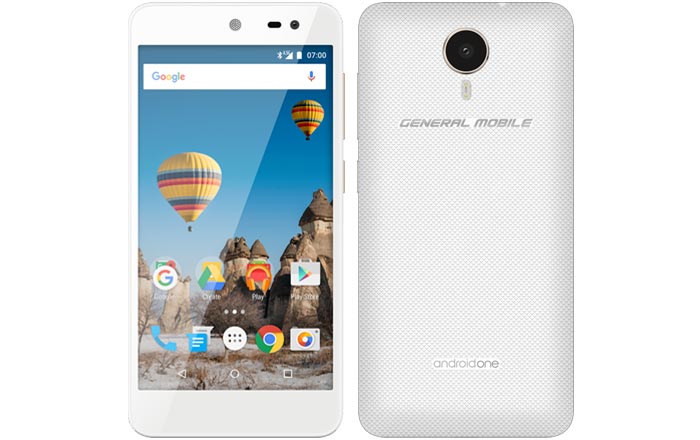 General Mobile recently launched its latest affordable offering in the form of the GM5, a standard-issue budget phone by all accounts. However, the handset has the distinction of being the first Android One smartphone to run Nougat straight out of the gate.

To recap, Google’s Android One project aims to supply a pure Android experience to the masses with regular updates and the latest software. Turkey-based General Mobile has released a couple of phones under the program such as the GM 5 Plus. The new GM 5 appears to be a lower-specced version of the latter.

As such, the GM 5 will probably be priced lower than its $300 predecessor. The company hasn’t officially disclosed its cost yet. Specs-wise, the phone offers a decent mix of features including a 5-inch 720p IPS screen which is protected from minor falls and scratches by a layer of Gorilla Glass 4.

In terms of photography, the GM 5 carries a 13MP camera on its back. The unit is accompanied by dual-LED flash, autofocus skills, and 4x digital zoom. It’s paired with a 5MP selfie snapper on the front. Being a Nougat smartphone, it has access to Google’s intelligent assistant to do things like track a person’s cargo if they buy something online.

Here’s a quick summary of the main specs of the General Mobile GM 5:

The General Mobile GM 5 will hit availability this month in over 20 countries including Turkey, Netherlands, Afghanistan, Azerbaijan, Belgium, Greece, and Kenya.