Now that the Firefox OS has been commercially released, the Geeksphone Peak+ has been revealed by the company with aims to deliver the same hardware as its development edition counterpart at around the same price. Geeksphone is just one of the handset makers to develop phones for Mozilla’s mobile platform. So far, devices from ZTE and Alcatel have gone on sale with affordable price tags across Europe and other OEMs such as LG, Huawei and Sony are expected to introduce their own additions soon.

Unlike currently available Firefox devices which have specs that were once considered top-notch a few years back, one development version was designed to provide developers with capable hardware for future use. Now, that same design is being commercially rolled out through the Geeksphone Peak+. This handset runs on the Firefox 1.1 release. Additionally, the latest firmware is also available for the 2 development units. 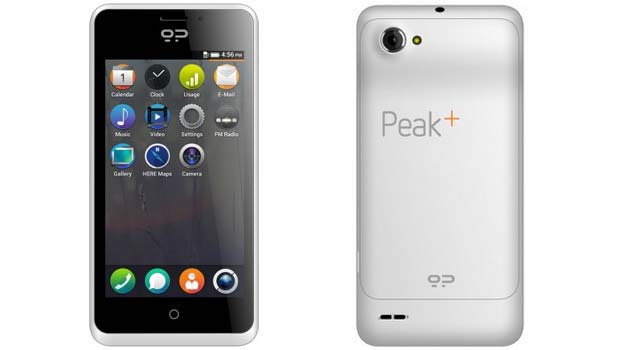 It can be compared to mid-range Android devices as it possesses similar hardware components. The device packs in a Snapdragon S4 processor from Qualcomm in a dual core setup with a 1.2GHz frequency. Visuals are delivered through a 4.3-inch qHD touchscreen that’s accompanied by a 2MP camera on the front.

And while there’s an 8MP rear snapper with flash, users will have 1GB of RAM and 4GB of internal storage as well as a microSD card slot for expansion purposes. On the connectivity front, the Geeksphone Peak+ supports 2G and 3G HSPA networks, Wi-Fi N, Bluetooth 2.1 EDR and GPS amongst others. There’s a 1800mAh battery to get things up and running here.

Those interested in getting the high-spec Peak+ smartphone can head over to the company’s website and pre-order the device for a price of €149. The handset is expected to start shipping by mid-September.