Gears of Wars 2 launching on November 16? 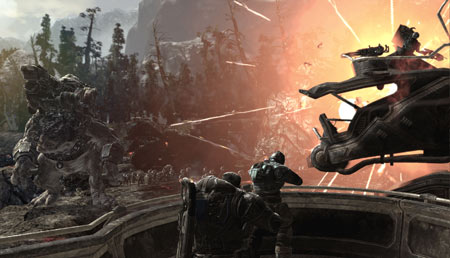 Rumors are spreading all over stating that Gears of Wars 2 is expected to launch on November 16, 2008.

Reporting the rumor, Joystiq wrote, “Mr. Rasta, who voiced Gears of War’s “Cole Train”, recently made an appearance at the TriForce panel at Wizard World to shoot the breeze about the company’s line of GoW-related replicas. When asked about the sequel’s release date, the TriForce crew remained tight lipped, though Rasta suggested asking him again on November 16.”

Gears of War 2 was announced by Epic games recently. The new version of the game is expected to have new characters, new weapons and new enemies. However as of now no confirmed date of launch has been announced by the developer and publisher.
The third-person shooter video game is developed by Epic Games and will be published by Microsoft Game Studio exclusively for the Xbox 360 gaming console.