Gboard app brings Google search and GIFs to the keyboard, iOS-only for now

Snubbing Android device owners all over the world, Google has released a cool new app named Gboard only for the iOS platform. This app is essentially a keyboard enhanced by a Google icon which lets you make searches without having to switch to a different app.

Google hasn’t talked about the Android version of Gboard yet, but we can expect it to be released for the platform in the coming few days; perhaps during the annual I/O conference. This keyboard actually cuts the time you spend when you’re searching and sending something to someone.

With it, you can look for restaurant information, flight times, news articles, emoji and even GIFs right from your keyboard. And what’s more; you can send them to your friends with just a single tap. It has Glide Typing support as well, to help you type a little faster. 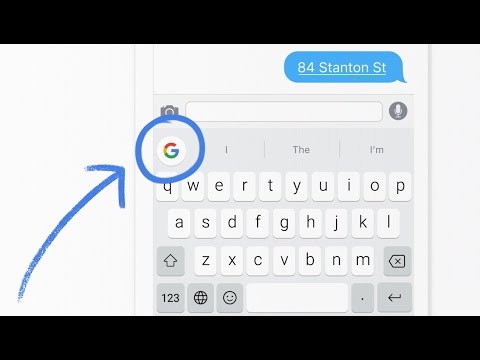 Once activated as you default keyboard, Gboard will work with every other app that you open. At the moment, it has English as its only language, but support for more tongues is set to be added in the near future.

It’s logical that Gboard has made its way to iOS first, since the original Google Keyboard is still not available on the platform. Besides, Android users have a similar feature in the form of Google Now on Tap on their Marshmallow devices.

However, that does not make the unique traits of Gboard less desirable to them at all. We hope Google recognizes this and releases the app for its own mobile operating system soon. iPhone users can grab this new utility through the Apple App Store now.