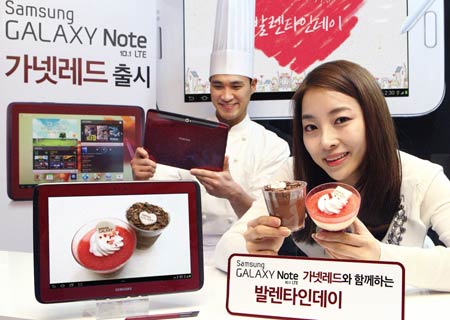 A garnet red Samsung Galaxy Note 10.1 LTE tablet has been revealed for the manufacturer’s homeland, South Korea, and it will arrive in the region through three mobile carriers. The company says the new color targets female customers looking to celebrate special occasions such as graduation ceremonies.

The Galaxy Note 10.1 LTE is no different in garnet red than it is in other colors, in terms of the specifications it tucks away. Users will get a 10.1-inch TFT touch screen which can be used with the S Pen for added versatility when it comes to certain finer elements. The display puts out images and video at a resolution of 1280 x 800, which isn’t all that high-end. 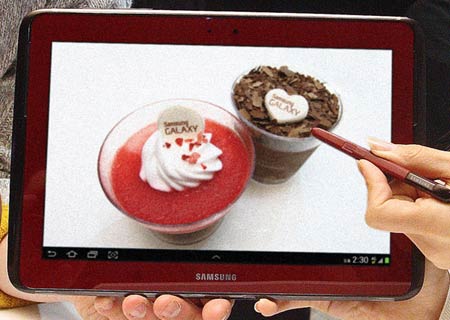 Android Jelly Bean (version 4.1.1) will be the operating platform, allowing users a taste of smoother transitions and other benefits. Running things from within will be a 1.4GHz quad core processor which can take care of multi-tasking needs. In addition, 2GB of RAM has been included to back up the CPU and 16GB of internal memory serves as a storage sink. It can be expanded all the way up to 64GB via a microSD card slot if needed.

On the back is a modest 5MP camera with LED flash capable of 1080p video, while a 1.9MP webcam adorns the front panel and can be used for video chat. There is a large 7,000mAh battery powering up the slate that the company claims can deliver about 2,230 hours on standby. Connectivity options include 4G, HSPA+ and Wi-Fi. 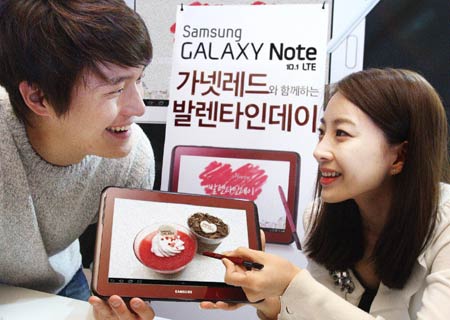 Images of the garnet red Samsung Galaxy Note 10.1 LTE have come through the company’s official Flickr photostream. And as Engadget is reporting, the tablet should arrive just in time for Valentine’s Day.

Take a look at the device’s specifications listed below.