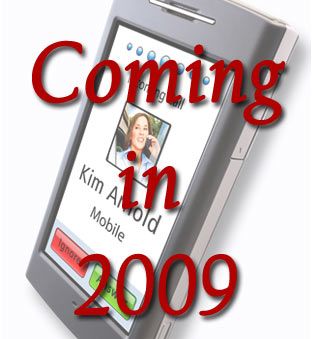 Few months back, Garmin had announced the development of the Nuvifone, which is considered to be the first GPS device having a telephony functions.

According to earlier announcement the Nuvifone was going to be made available by the Q4 of 2008. However, today Garmin stated that the device will not be seen on the shelves in 2008. Instead the Nuvifone is scheduled to be launched next year.

The company mentioned that the delay was caused due to design changes being made to meet carrier specific requirements.

In the statement released Garmin said, “While we had hoped to have carrier launches in the fourth quarter, we have found that meeting some of the carrier specific requirements will take longer than anticipated. We remain pleased with carrier interest in the device and are working toward making necessary design changes to meet their requirements.”

Not only the GPS capabilities but Garmin’s Nuvifone also features an internet browser, a built-in video camera and MP3 and MPEG4, AAC player. Like other mobile phones of today’s era, even Garmin Nuvifone incorporates touchscreen interface.

Garmin Nuvifone is now expected to launch in the first half of 2009.