With video games being more sought-after than ever before, studios across the globe are pushing the limits to match expectations for the future of the industry. The results so far deliver compelling experiences with nearly every company bringing something new to the table. Microsoft and Sony already have the next generation of consoles out, while Google is in full throttle with cloud gaming. Players now have a wide choice range full of enthralling remakes, sequels, and even some new titles that defy any classification in existence. The classic use of monsters as characters in video games is still going strong with a wealth of tremendous looking games in the category. With loads of games ready to fill up your wish list, here are five of those you want to keep your eye on. 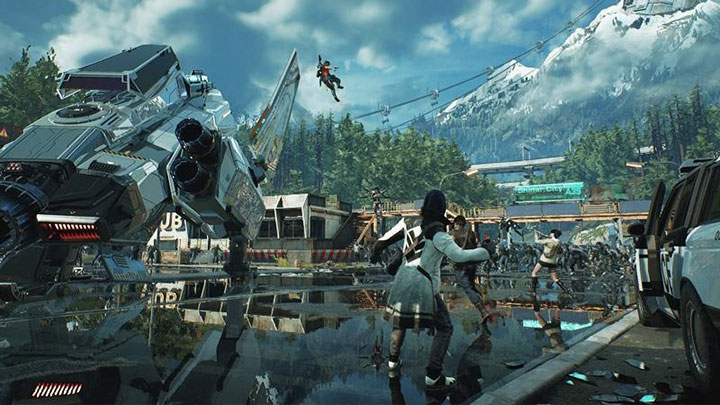 Tencent unveiled Synced: Off Planet in 2019, and it has since shot up on popularity lists for its delivery of new-age gaming experience. The gameplay is set in a future where humanity has pushed mechanical technology too far. This results in an evolutionary turn that goes violently wrong, and the last remaining humans have to fight to survive. When taking a first look at the set, it can easily be confused for just another competitive shooter game – pull out your guns, run for cover, and shoot other players. However, Next Studios brings something fresh to the game by adding chaos in the form of zombie-like robots known as Nanos.

In Synced: Off-Planet, gamers have to fight against other survivors to secure resources on a day-to-day basis. The main goal is to not only survive in human settlements but also locate shuttles that can take them off the planet. The game replaces ordinary monsters with Nanos that players can even learn how to control. Since they are corrupted cyborgs, players can sync their brains and use them to ride into battle. The cyber monsters can be used against gamers as well when under the control of opposing gamers.

Synched: Off-Planet delivers more than just a compelling storyline to earn a rank high up on this list. Next Studios, the game developer, exploits modern technologies to deliver exciting experiences as players explore the zombie-riddled world, including: 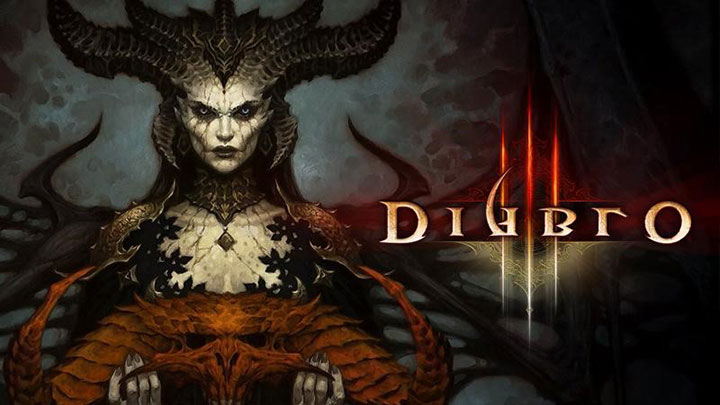 The Diablo series is among the most recognizable properties in the video gaming realm. The series has been running strong since the first installment in 1997 that accompanied PlayStation One. Like the name, players are immersed in a kingdom ruled by Diablo, the Lord of Terror, and they have to control a lone hero in his quest to defeat this great evil. It has been eight years since Blizzard Entertainment released the third installment in the Diablo series, and its massive success called for a new one. After years of rumors and unclear speculation, Diablo 4 was finally confirmed at the 2019 Blizzcon.

Diablo IV is an improvement on every other release that has been made in the series. This is expected, considering how far the video game industry has come in the past eight years. The set carries the same dark and unforgiving nature featured in the first three installments as well as a randomized look and insane customization levels. This online dungeon crawler action game is an isometric action RPG procedurally generated with dungeons that can be replayed over and over. The game also returns with loot focused character building, which reintroduces players to Lilith. The daughter of Mephisto returns as an antagonist in the world of Sanctuary to wreak havoc as retaliation for her banishment.

Gamblers can expect a lot of new features in the Diablo IV video game, starting with an open world concept that players can explore as they please. It also incorporates player versus player interactions, and the revealed playable classes are Druid, Sorceress, and Barbarian. Despite the chosen character, the core formula of gameplay is defined by collecting more potent equipment that helps the gamer defeat their enemies who grow stronger as the storyline progresses. The antagonists are divided into monster families that differ in their combat style, themes, and location on the open-world map. This is a different approach from the storyline in Diablo III, which revolved around a high-fantasy theme of kings and politics. Diablo IV strips down these complexities to focus on the simple folks of Sanctuary. Diablo IV also highlights three new attributes, which are:

The rarity of weapons in the game also dictates their power. Gear with increased scarcity carries unique effects that go beyond even the player’s parameters. 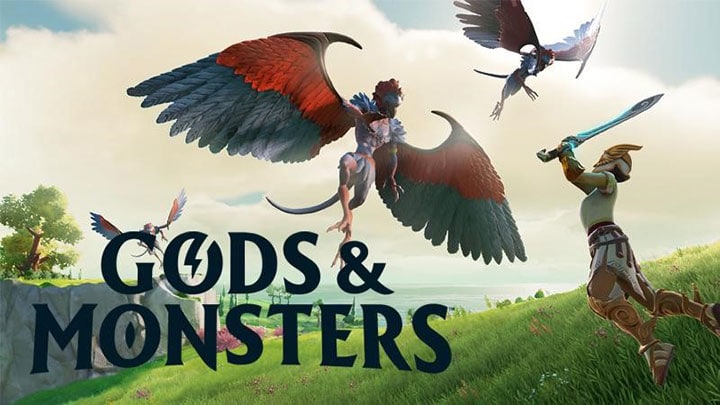 Gods and Monsters is famously tied to the 1998 period drama film that touches on James Whale’s experience of World War I. Epic Games looks to change that with the entry of the Gods and Monsters video game sourced from the creators of Assassin’s Creed Odyssey. The game was published in 2020 by Ubisoft and tagged as an action game.

Gods and Monsters takes players on a storybook adventure, which is rare to come by in the current age where game developers focus on realism more than anything. The game challenges players with the task of saving the Greek gods from looming doom and even go as far as to wield their power. Greek gods are popular characters you can find even in WMS free slots like Zeus or Kronos slot games. This set of heroic trials by Ubisoft takes place on a lush green island that mirrors the Viking era without the blood and gore. However, the land is riddled with mythical monsters set in dangerous dungeons that provide tricky challenges in the fantastical open-world set. Some of the main quests that players will have to overcome are:

The Gods and Monsters video game is accessible to players on a wide range of gadgets, including Nintendo Switch, PC, PS4, and Xbox One. 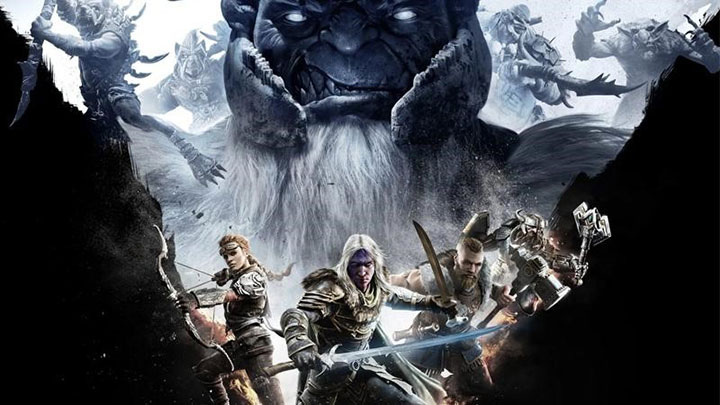 Dark Alliance is one of the most anticipated games of 2020 as it is one of few third-person action role-playing sets in the modern era of gaming. The title is developed by Tuque Games and published by Wizard of the Coast as the third main installment in the Dark Alliance series.

The set is based on the famous Dungeons & Dragons role-playing system that has been around for decades. This release is said to be the first of seven or eight more video games to follow based on D&D video games. Here, players explore Icewind Dale, which is part of the Tundra region. The gameplay is made interesting by a feature of The Legend of Drizzt, which are famous fantasy novels by R. A Salvatore. The game is accessible in single-player or multiplier mode. When using the latter, players can join up with four friends to battle the iconic monsters using either online co-op or split-screen co-op. The set has four playable characters, and they are:

Players can choose either one of these characters and exploit their different strengths and abilities. They can also be swapped between them during gameplay, whether the gamer is using single-player or multiplayer mode.

Dungeons & Dragons: Dark Alliance is set as somewhat of a successor to the Baldur’s Gate: Dark Alliance game that was released in 2001 for PlayStation 2. This new release improves on its predecessor in every way from the graphics and animations to the gameplay. 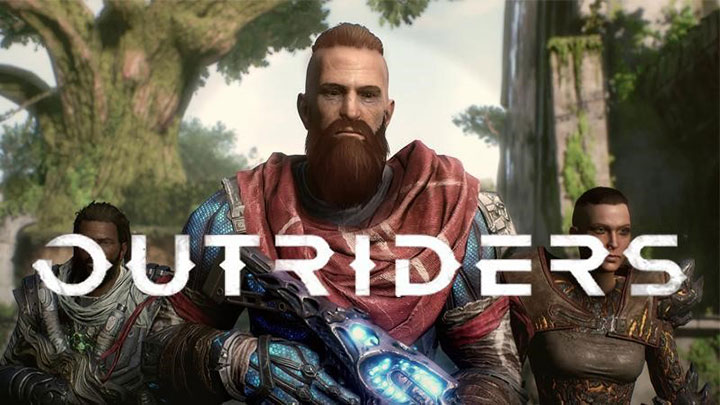 Outriders is a co-op role-playing game developed by People Can Fly and published by Square Enix. The monster game is set in the trenches of the mythical land of Enoch where players have to create their own outrider to explore the hostile planet. The gameplay begins in the heart of the first city, which is covered in shanty neighborhoods and slams. The journey takes players through deserts, forests, and mountains as the characters try to find the source of a mystery signal. The game suits players that are looking to engage in brutal and bloody combat against rival armies and monsters.

2020 has seen a lot of great entries in the video game world, most of which introduce new and exciting game engines. Most of these sets are available to play on PC and consoles.