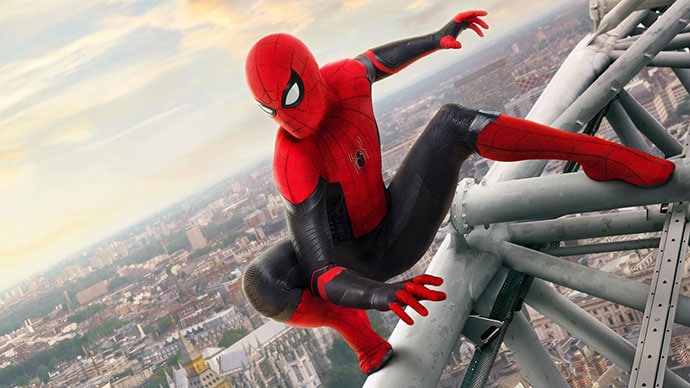 Rumors suggest that we could be seeing everyone’s favorite web-slinger coming to Fortnite.

Epic Games have introduced a fair amount of Marvel and comic book related content into their popular Battle Royale title. This has ranged from the likes of Captain America to Thor, Wolverine, Storm, Deadpool, and others from the beloved Marvel universe that have graced the battlefields, much to the delight of many looking to represent their favorite character via the Fortnite item shop.

Is Spider-Man Coming to Fortnite?

It doesn’t appear that Epic Games are showing any signs of slowing this trend down, as rumors have surfaced that Spider-Man may be slinging his way into Fortnite. Recent rumblings suggest that Spidey could arrive in the game, surrounding Sony’s investment in the character and their close relationship with the Fortnite franchise.

Where do these rumors come from?

As with many rumors related to video games, there have been leaks across many social media platforms that have come to the surface courtesy of data miners. In fact, many of these data miners have suggested that Spider-Man is in fact coming to the title. This assumption is being made due to there being a Spider-Man related achievement as part of Season 4. Not that we know what the achievement is as of yet, but it has been suggested that it has the Spider-Man logo connected to it.

It seems that Spider-Man will be a part of the Fortnite item shop as well, as part of the game’s Battle Pass. Elsewhere we have seen links regarding Black Panther, who has had a set of abilities leaked, something that we haven’t seen from the web-slinger. It is also being rumored that Carnage, a renowned nemesis of Spider-Man, will also be making an appearance in the Fortnite item shop also.

Given the sheer popularity of the character, many fans would be more than likely leaping at the chance to play as their favorite web-slinger given the chance. Given how slim the character often is, we could even see a lot of competitive players using him, as we have seen with the likes of the Chaos Agent.

Regardless of how you choose to use him, it will certainly be a relief to hear that he hasn’t been overlooked if the rumors are true. Whilst many are more interested in new Fortnite weapons or map changes, there will be those who are craving more Marvel goodness in the game, and this would be the perfect addition as far as Spidey fans are concerned.

Would you like to see Spider-Man in Fortnite? Let us know in the comments section below!