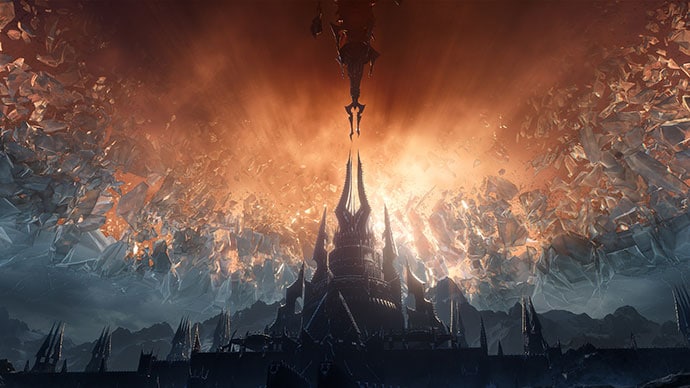 It’s been quite some time since the last World of Warcraft expansion, and the pandemic isn’t making the wait any easier—or so we all think. For now, all we can do is farm WoW Classic gold, discuss what this expansion holds, how fans are receiving it, and just exactly what is up with all these delays.

If you haven’t indulged in World of Warcraft in a while, it’s not unlikely that you’ve forgotten where you last left off. For that, here’s a refresher: by the end of Battle for Azeroth, Sylvanas destroyed the Lich King’s crown, as she believed that it would free their world from all the chaos that engulfed it. What happened was the exact opposite: a hole opened in the roof of the world.

This portal led to Shadowlands, which is considered their nether realms. To make sure that the dead did not threaten the living, and to make sure that they achieved dominance by harnessing the untold powers this land holds, both the Alliance and the Horde ventured forth into the unknown.

Land of the Dead, Divided

What sets Shadowlands apart from other expansions is that its zones are divided into four Shadowlands-exclusive factions. All of them wish to rule the World of Warcraft Shadowlands, but each of them has a different plan for the land. And despite their appearances and creeds, none of them are any more noble or corrupt than the others.

The factions are as follows:

The process of gaining these factions’ favor is called a Covenant. After being in one, you’ll be able to take on missions that will eventually grant you not only the unique skills and WoW Classic gold, but also mounts and other content that are worth your time and effort.

The Living Can Wait

Despite this unique inclusion, not a lot of fans are pleased with World of Warcraft Shadowlands. The players that were given the chance to test the expansion said that it has a few balancing and technical issues.  However, Blizzard didn’t give any specifics to these complaints. Instead, they opted to just delay the release date from October 27, which is only a few weeks from now, to sometime later this year. It’s frustrating on the part of the players itching for new content, but this is the right move.

Will Shadowlands be the expansion that brings World of Warcraft back to prominence, or will it be another filler expansion that just keeps the game going. Time and the player base will tell.